For the month of February we have disabled ads on all E-M content. We need 214 people to reach our goal of 3,100 active supporters. If we hit that, we'll continue with a new goal in March! 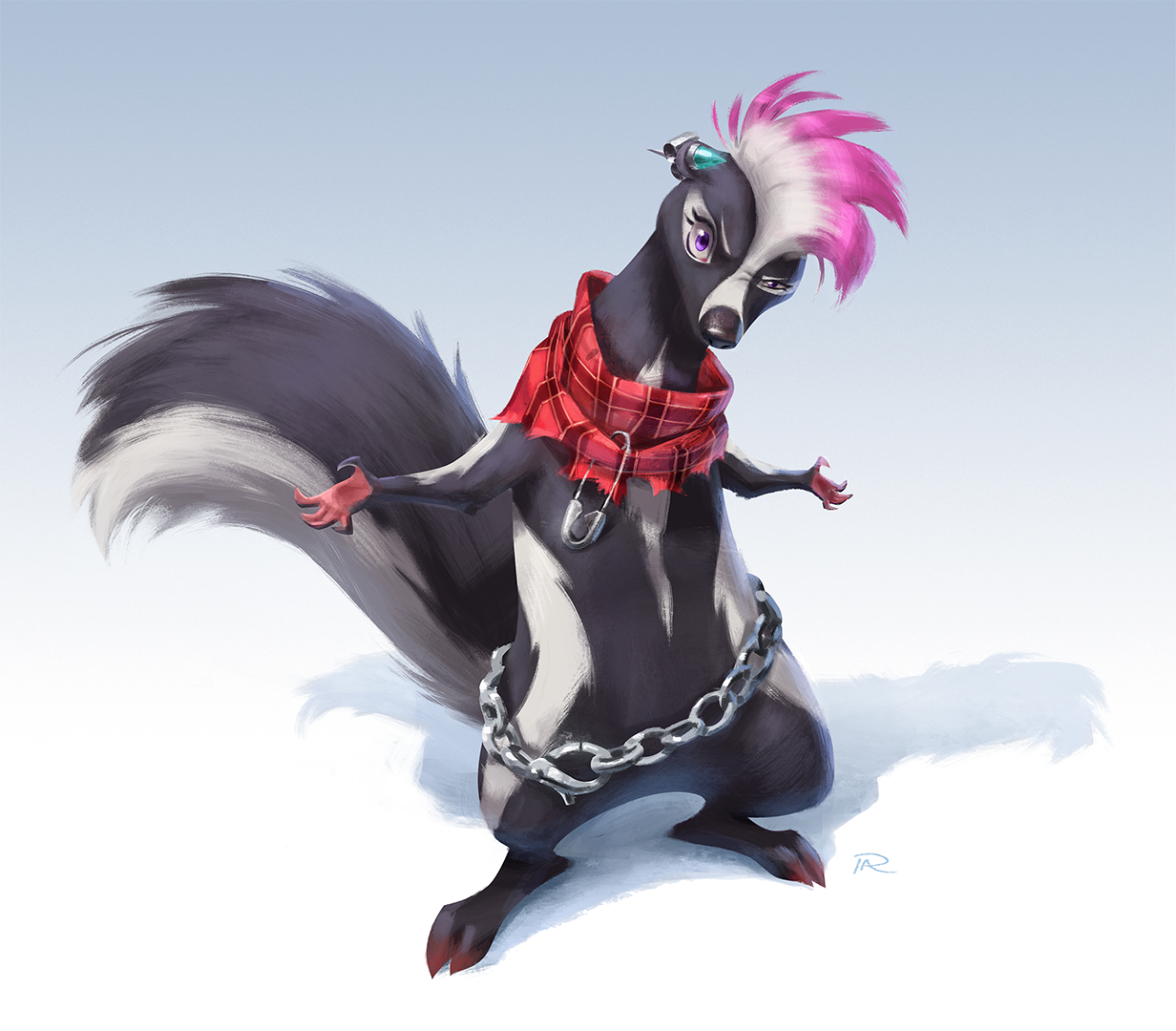 Lea couldn’t figure out why no one would come near her, so she decided to take matters into her own hands. ‘Whatever, if everyone wants to avoid me for no reason, I’ll go ahead and give them a reason!’

I've been there before so I can relate quite a lot. I like this a lot because the Skunk wouldn't see any reason as to why someone wants to avoid her so much. Obviously it's because of the agonizing smell they're known for. However, she's just being a Skunk but she gets rejected for that very reason. Simply for being what she is. It can be symbolic for various things. Regardless in the end you get tired and just go fuck 'em then, If they treat me like a pest I might as well play the part and be damn good at it.

Oh it also looks really cool too, but that kinda goes without saying really. What's neat though is that it looks like it could be art for a video game. I could easily see this being a mascot for a 3D action platformer. Kinda reminiscent of those from the 90's early 2000's, you know? Like Jak and Daxter, Crash Bandicoot, especially conker and Ratchet & Clank. Not sure if that's what you had in mind when making it, but nevertheless I wish it got turned into an awesome game, with a swell story!

I really like the facial expression in this character.