For the month of February we have disabled ads on all E-M content. We need 202 people to reach our goal of 3,100 active supporters. If we hit that, we'll continue with a new goal in March! 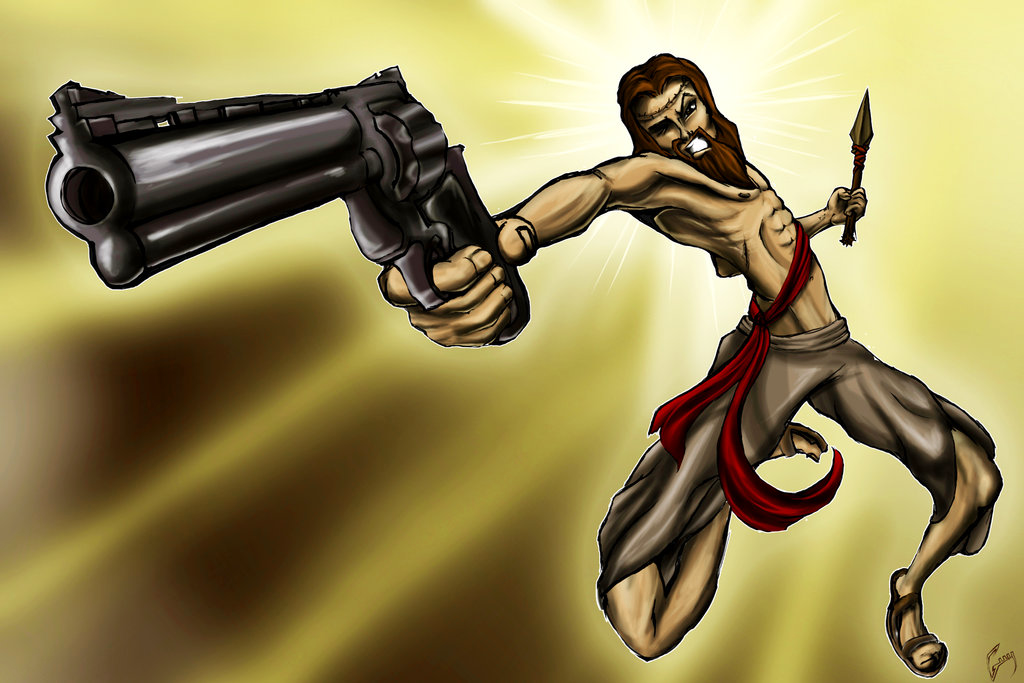 Lest ye be judged... MU'FUGGA! Oh, and since everyone's asking, this is a real old sketch, and I wasn't too concerned about it, so when I whipped out the leg I was gonna play with extreme perspective, but I decided not to fuss before I colored it. It was supposed to be concept more than anything, I know it's fucked up, lol. I just thought it was funny.

it's cool and funny

LMAO that's f***ing great. That just made my day. Thanks dude.

I've seen a lot of Jesus holding a gun pics before, and I've seen a lot but yours (apart from its weird right leg) is awesome. The way your draw it is great, even if it was just made for a lol. I like how it turned out. And looking at this pic apart from your recent ones, you've really developed so much talent :D I wish I can draw stuff like this, I can't draw shit compared to yours.

Me also being a Christian find this funny, how can it not be funny? I even showed it to some of my friends who are also Christians, they didn't get mad, why would they? I've read some of the comments that gave a 0 and said that "I gave you a 0 cu'z it has Jesus in it" I mean its not like its saying screw Jesus. And I think Jesus would love to see this version of him, why wouldn't he? He's badass in this pic and I think he'd want that.

I've heard of a spear that was used to stab Jesus's leg when he was crucified. Is that that spear he's holding? or maybe its just coincidence -.- Anyways Nice pic, and you should do more like these, like do the other gods XD 9 stars for me because of that leg its really weird, but it doesn't bother me much :D

He is fighting the bad guy, making them pay. With magic kung fu he'll save the day! It's kung fu action Jesus! :D
lol that was the first thing that popped into my head XD