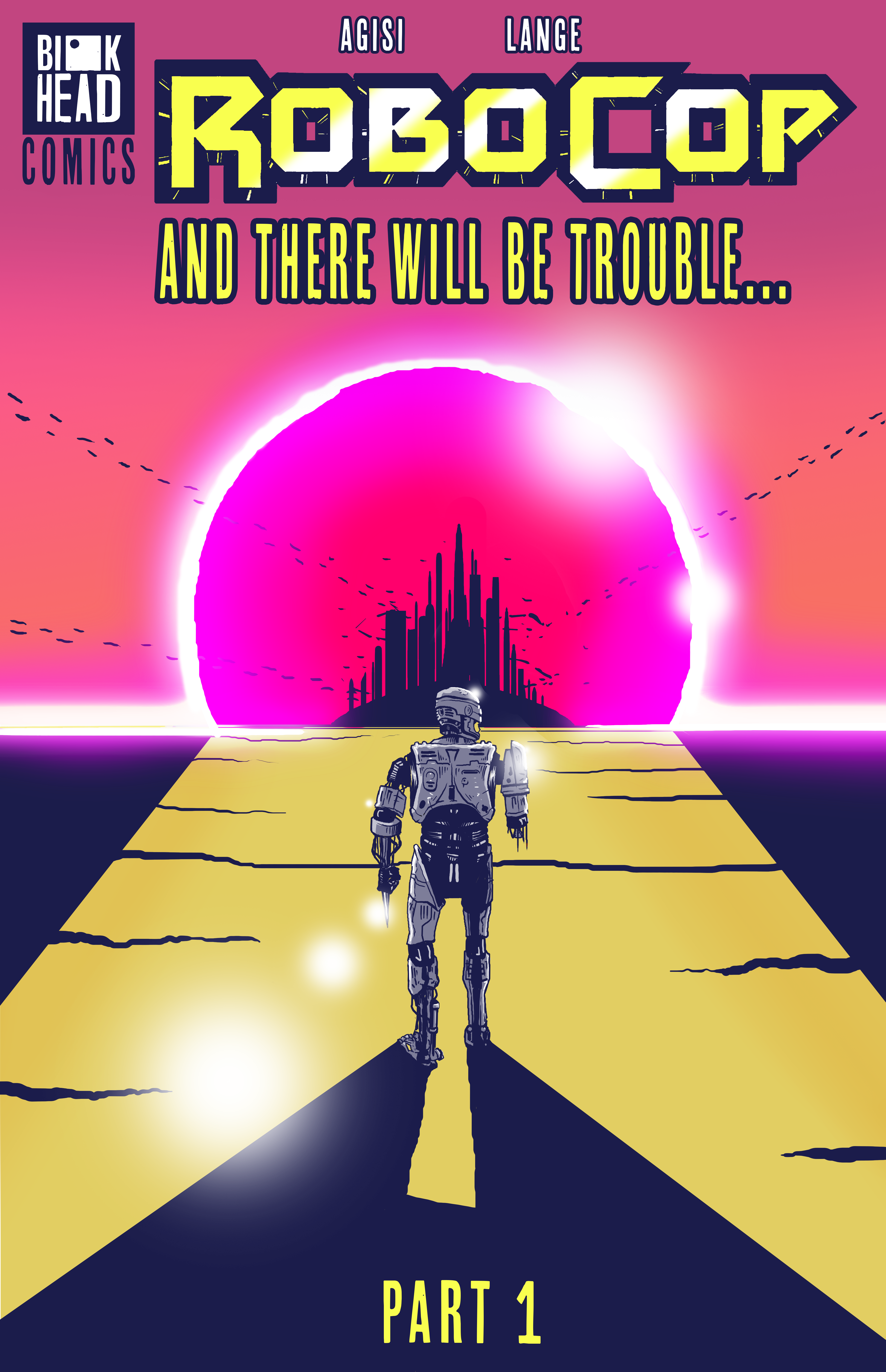 And There Will Be Trouble... Part 1 Cover

Never really seen comics on Newgrounds much, but I figured I'd post this little project here considering Newgrounds IS my fav website and I figured this would be right up your guys' alley.

Robocop sequels in general just never really seem to be quite up to snuff for some reason. The original movie was really anti-corporate and seeing it blow up and be made into a cartoon, two more movies, a tv show, a reboot, comic books, action figures, yadda yadda, it kinda goes against what the original film was all about. And, especially right now with everything going on in 2020 literally looking like it's out of Robocop, I think it's a shame. It's more topical now than ever, and I figured that the world could really use some of that anti-authoritarian unapologetic ultra-violent satire right now that made the original movie so beloved.

So, I present this, probably the exact opposite of a big budget hollywood Robocop sequel: A four part non-profit fancomic miniseries that tells the end of Robocop's story, period. It takes into account the first movie, and leaves it open-ended as whether or not to include the second depending on whether you liked it or not. 3 and onward is thrown out, though. You can find this compiled in a folder on my DeviantART, here on Newgrounds, and, once it's finished, on Archive Of Our Own. I'll make a journal linking to it when it gets to that point, which may be a little while considering this is something I draw whenever I'm not drawing anything that actually gives me money.

Inks and colors for covers are by me, but the rest of the book is colored by the amazing Ranarh!