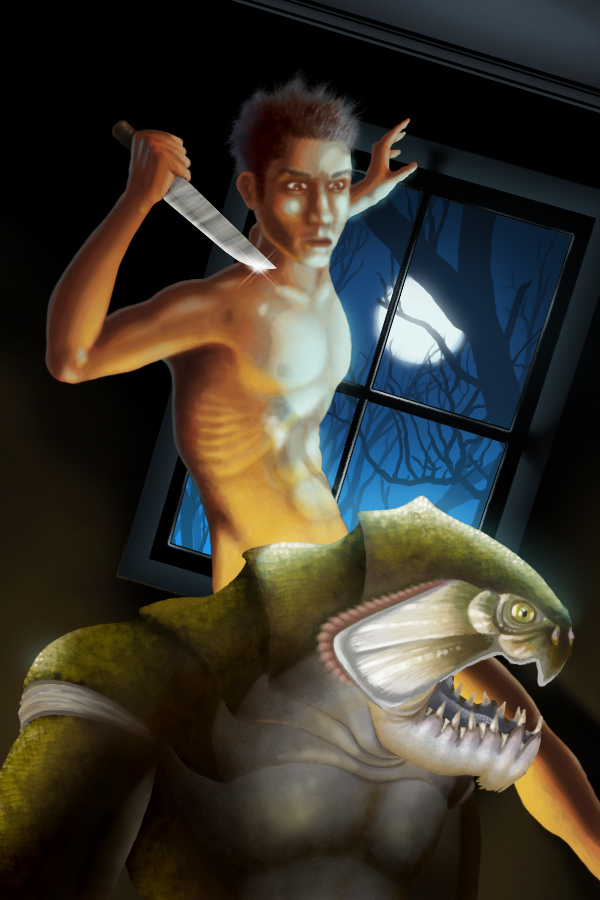 Day late and a dollar short to the Violent Encounter contest. Halloween 09.

I like your take on the Lauch Ness Monster, or however his name is spelled. As for the guy, his head looks like it's set too far back, like his neck doesn't bend back when his head does; I can see his neck curving into his face.

His leg also just juts out of his body in a weird way, it sorta looks like it's a fake limb. It would have been better if you hadn't drawn his leg there at all.

He also appears to be looking at the floor and not at the monster. If you distanced them apart more it would work in that aspect.

WARNING TO EVERYONE:
DON'T EVER REVIEW THIS KID.

I especially like the design for the fishman. Great job!

Thanks man. I needed that. It's kinda getting panned here. I'm assuming it was your vote that brought it back to a 3.

Plus it's nice to get props from one of the better artists here. I think I first ran across your work during the Heavy Metal Contest. Good stuff.