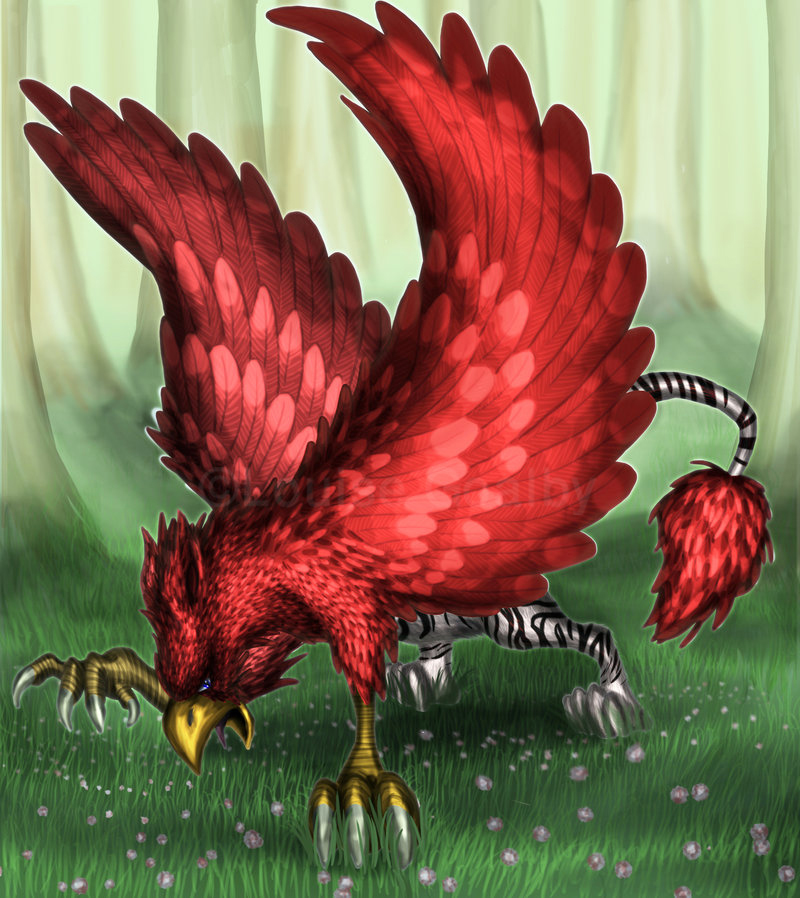 Tried a new style, and i'm happy with how it came out :)

i love the red mixing with the black & white of the zebra stripes! gotta' be my favorite part about it. the blue eye is a real nice touch to it & i enjoy the huge pom-pom of a tail! :D the goldish yellow is really nice too. i like the background with the little pink flowers which go well with the shades of grass that you picked. the pose of the gryphone is pretty epic as well. i have beef with the back claws of the gryphone looking like they're bleeding into the other claws on the foot a little. looks kinda' weird. i also thought it was strange how you stopped the black stripes on the heels of the gryphone's feet. i thought it was also weird how when you zoomed in there was some rather abrupt red on the thigh & shin of it's front leg & along the tail. :} the back zebra foot doesn't blend with the ground as well as it could too.