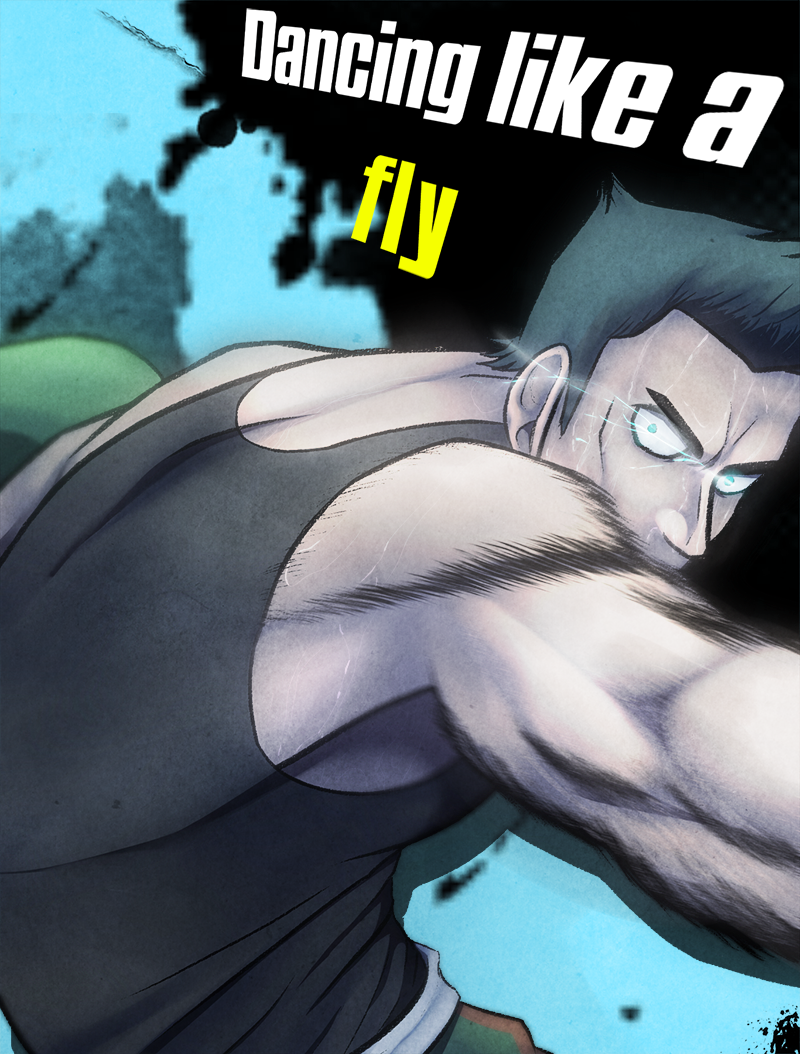 I really love this! I like the texture on the guy's shirt and hair, but I feel like it is applied a little flat. Also the speed lines are nice and add some movement to the image, but his pose doesn't really lend as well to the movement. Still it is a nice effect.

I think his head is perhaps a little low - it doesn't look like the neck is naturally attached to it. It could also perhaps be stretched out further instead.

The folds in the shirt towards his waist are great, but they do not follow the form - try to have them wrap around it in the future. And speaking of his shirt - the line extending from his armpit to his back seems like it is a really, REALLY defined muscle - it's a little too defined.

Alright, enough critique - now for the stuff I like!

First of all, your anatomy (aside from the things I mentioned) is good. Drawing muscles can be tough in itself and you did it well here. Second, the foreshortening is pretty nice as well. I like that you didn't go for the easy path of keeping the arm on a horizontal plane but also didn't go for the over-dramatic effect of having it extremely foreshortened. It's a nice balance.

And third, the expression. I'm convinced that he's about to kick my ass. High five there.

Finally, I just like the graphic effect in the background. I'm not sure how well it fits with the lightning-bolt-eyes and his huge muscular structure, but it's a nice effect.

Heh, giving me a whole lot to think about for next time as always. Thanks a ton for the feedback, man! I'll work on it!