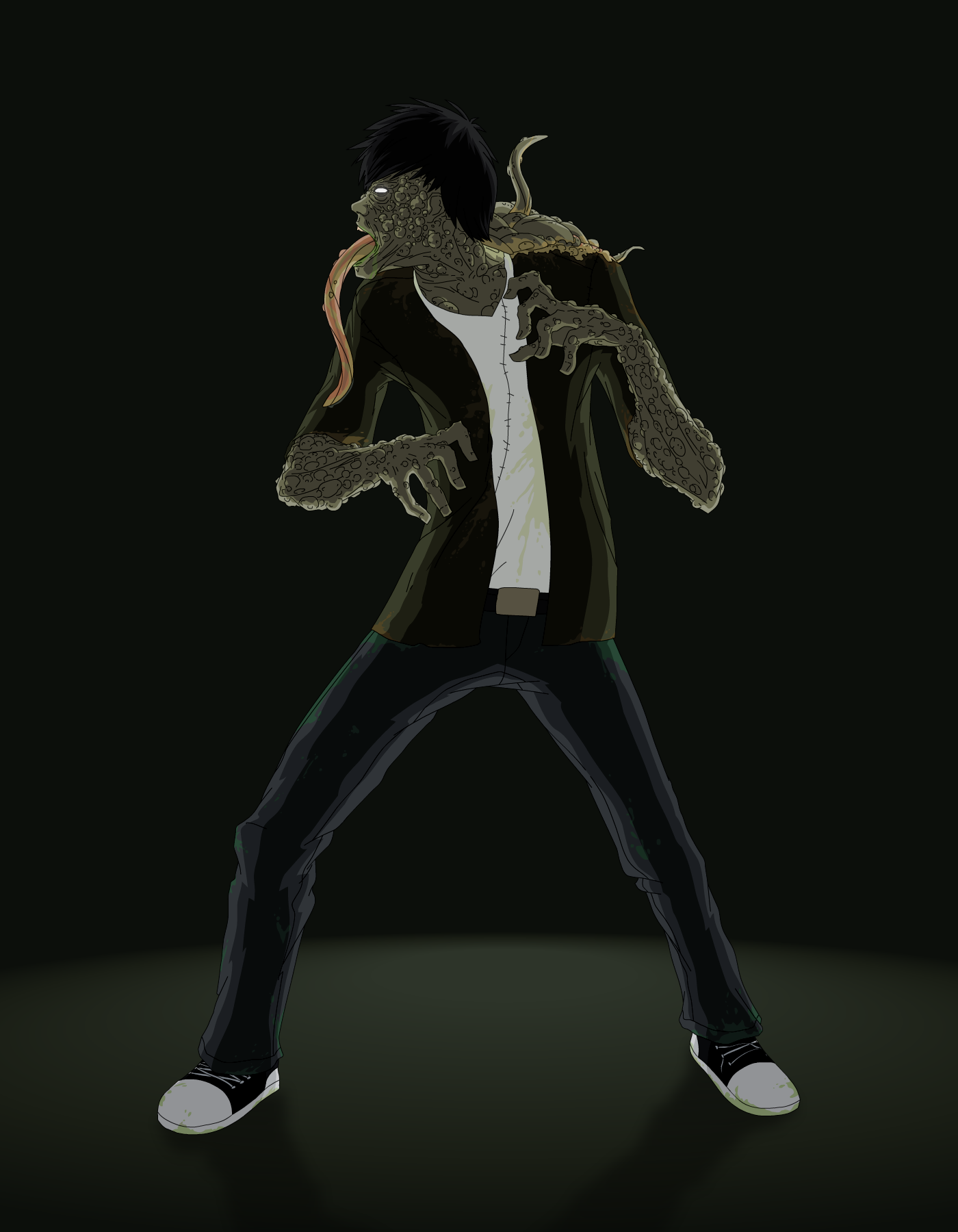 This bastard took me a few days to complete it...
I decided to mix smoker versions form l4d and l4d2 a little

Huh? I love that game!
Kill the zombis~~

note to self DONT SMOKE IF IM GONNA BE A ZOMBIE

Great Style, and response to phycokilla13

Nice job Nightwayfarer, very good detail. As a suggestion, I think that ripped clothes showing wear/tear and the boils underneath would add a bit of "creepy" too it.

@phycokilla13 The general belief is that different people were effected differently. For example, we know some people outright die from the infection, some are immune, and some turn into the Infected. Because of this, some people may have been "changed" into stronger Infected because of things such as genes, immunities, lifestyle, etc. OFFICIALLY, nothing has been stated.

One thing to note is that the Special Infected are evolving though. For example, in Left 4 Dead 2, the Smoker now has multiple tongues, the Tank has more muscles and less hair, and the Boomer appears gorier. Also, the Hunter appears to have more boils and lesions than in the first game, as well as seemingly having clawed off much of it's clothing.

Also, @Nightwayfarer, I have the strange urge to photoshop this picture to your frozen pole from TongueTied. I'll see if I get some free time :P