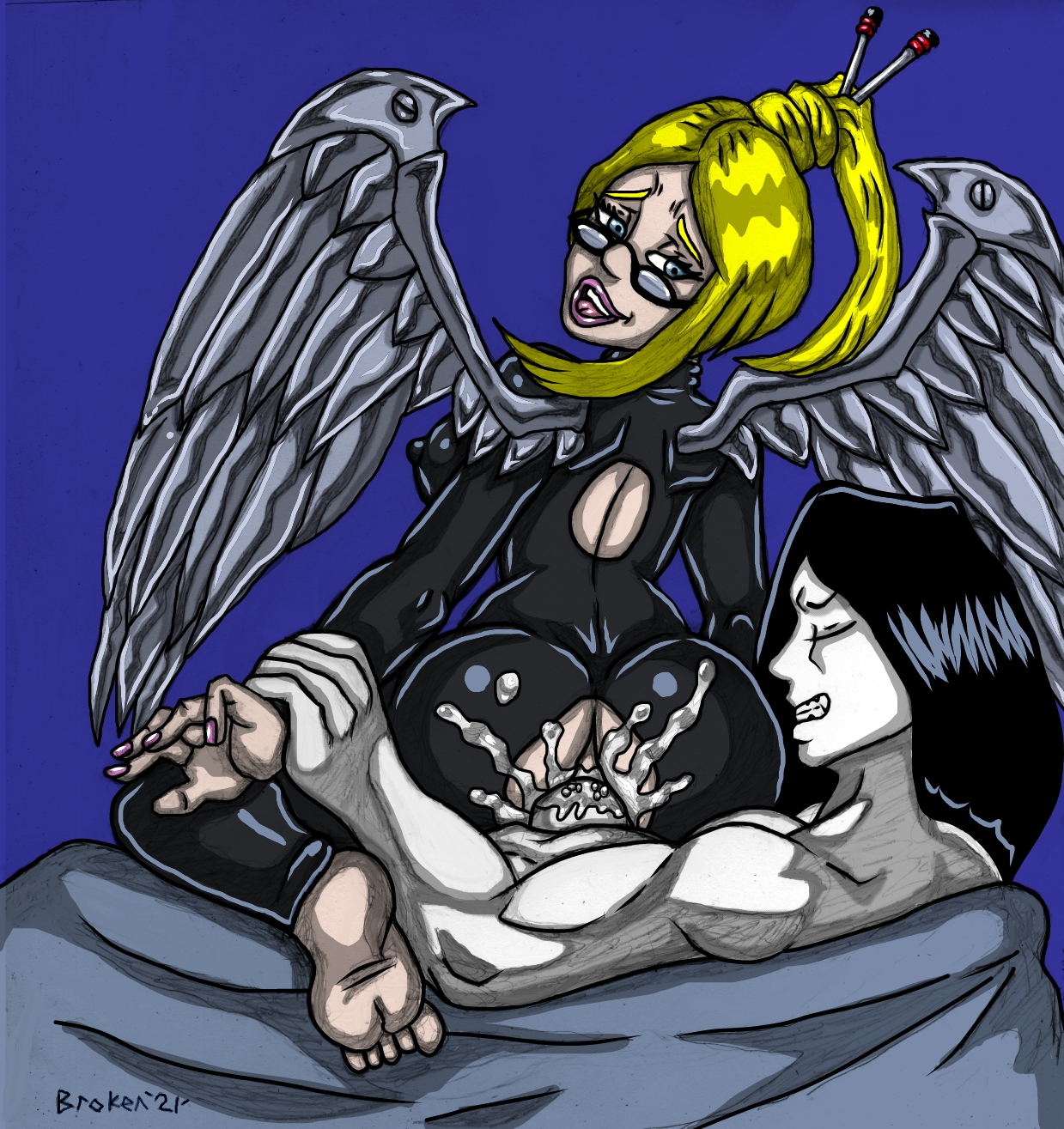 More Gabriella and Lucian. I forgot to add Lucian's white highlights in his hair again but everything clicked so well I didn't want to tempt fate by changing too much. Reason why these two are lovers? Welp, They've known each other since before the city of the gods Avanguard got obliterated during the Will-Crystal-War (Which created the universe) so there is that. Both Gaby and Lucian are pretty poly-amorous and have multiple lovers. I always figured angels,demons,and half breeds between the two races don't have to worry much about STDs. (Though it would be hilarious to invent whacked out eldritch horror-esque stds only immortals could get!) Gabriella's wings were destroyed by demons when Avanguard fell so her father Daedalus forged her new ones made of mystical metal. Her story is similar to Icarus and I always saw Gabriella as a gender bent version of that character.