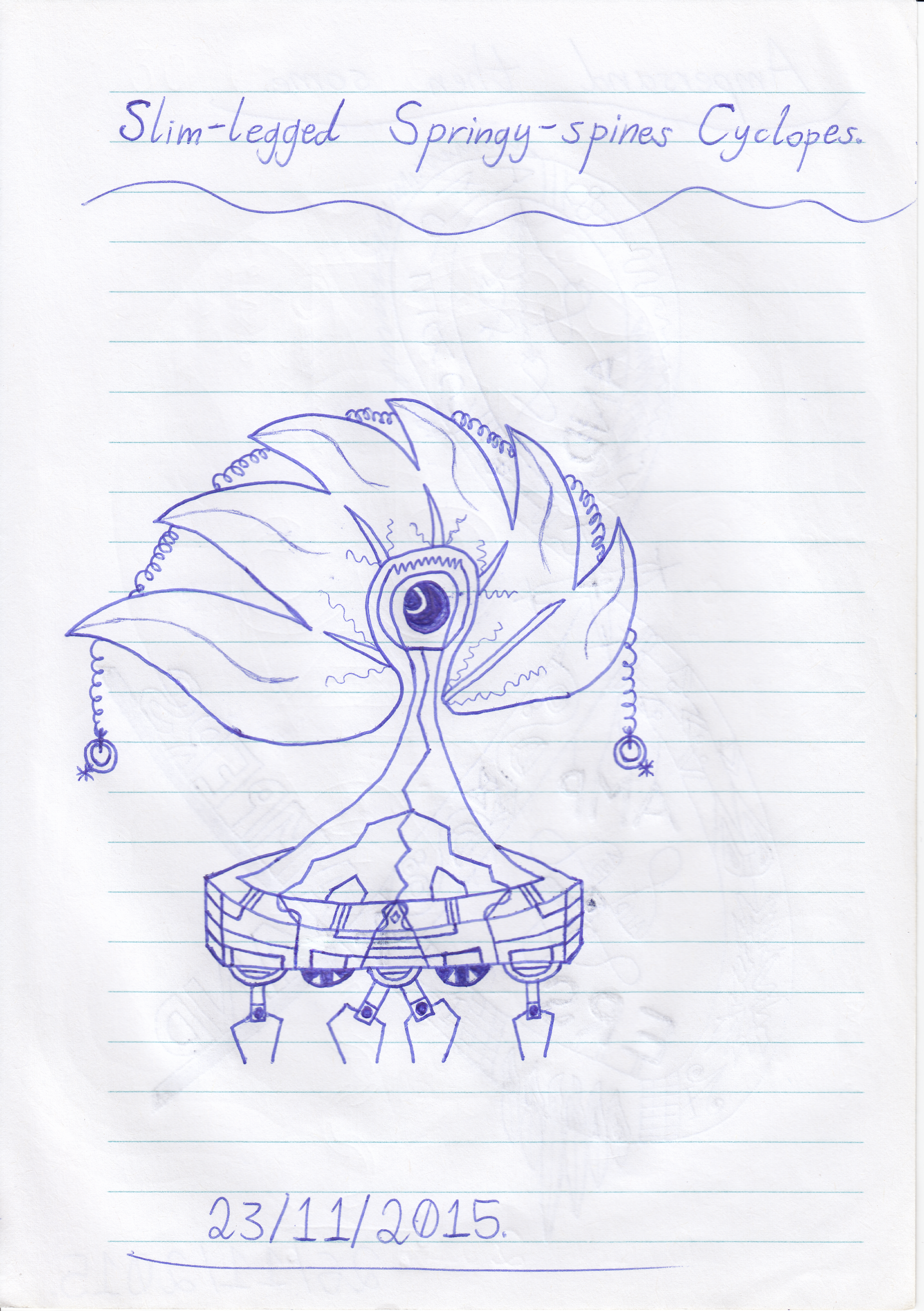 A drawing that I have done on page 25 in my Bramblewood A5 Notebook.

The main influence behind this drawing comes from the sentient treasure chests in the Tricky Treasure levels of the Rayman Origins video game, which is what the slim legs, and in particular the Cyclops elements, are inspired by. Additionally, there are quite a lot of other sources of inspiration behind this piece...

The hair above the eye is inspired by the hair of the Bart Simpson character from The Simpsons television cartoon. The roughly triangular section of the body is inspired by the volcanoes in the backgrounds of the Lava Mountain levels in the Sonic Runners video game.

The semicircle design of the eye is inspired by eyes of the Metal Sonic character from the Sonic The Hedgehog series.

Apologies for the ink showing through on the other side of the paper. :-)

● PIECES ON THIS PAGE