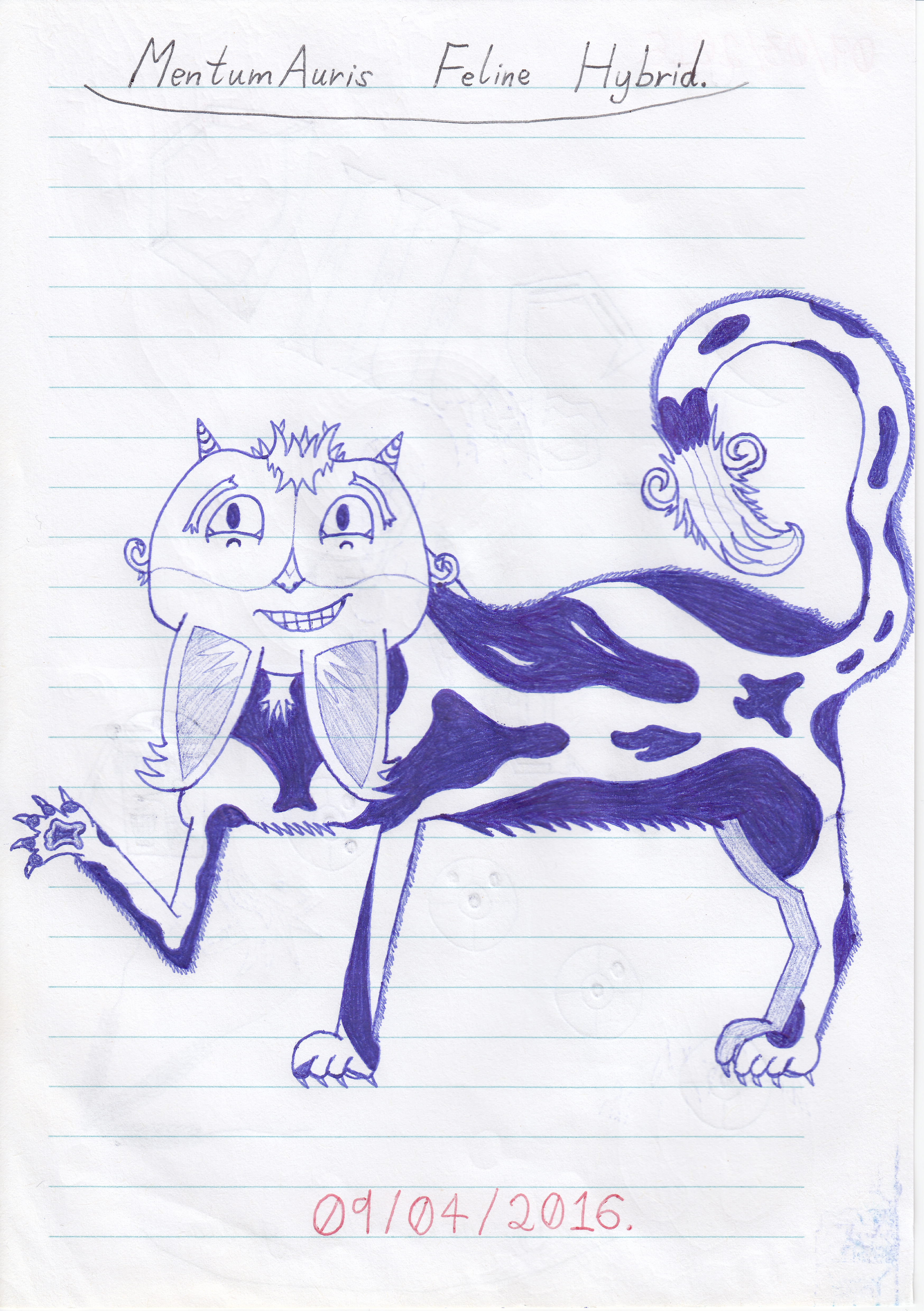 A drawing that I have done on page 36 in my Bramblewood A5 Notebook.

There are quite a large range of inspirations behind this piece!

One of the biggest inspirations behind this piece was the fact that my previous animal-based piece, called "Friendly Fins.", turned out much better than I had anticipated. As a result of that, I was eager to try drawing another animal-based piece.

Another large inspiration behind this piece, and the starting point for it, was to draw a cat body, as they are one of my favourite animals. One of my family member's cats, who had black and white markings, and is sadly no longer alive, was lying down on my lap for a significant amount of time while I was drawing this. As such, this drawing has quite a bit of sentimental value to me.

As the drawing progressed, I incorporated visuals inspired by various other sources...

The size of the ears, the ears' inner fur tuft, and the spacing between the ears, are inspired by the ears of the Braixen character from the Pokémon series.

The outer tufts of fur on the bottom tips of the ears are inspired by the ear tufts of the Sticks The Badger character from the Sonic The Hedgehog series.

The tuft of fur on the bottom of the head, inbetween the ears, is inspired by goatee style beards.

The accented tip of the tail is inspired by the tips of tails seen on foxes.

Apologies for the ink showing through on the other side of the paper.

● PIECES ON THIS PAGE