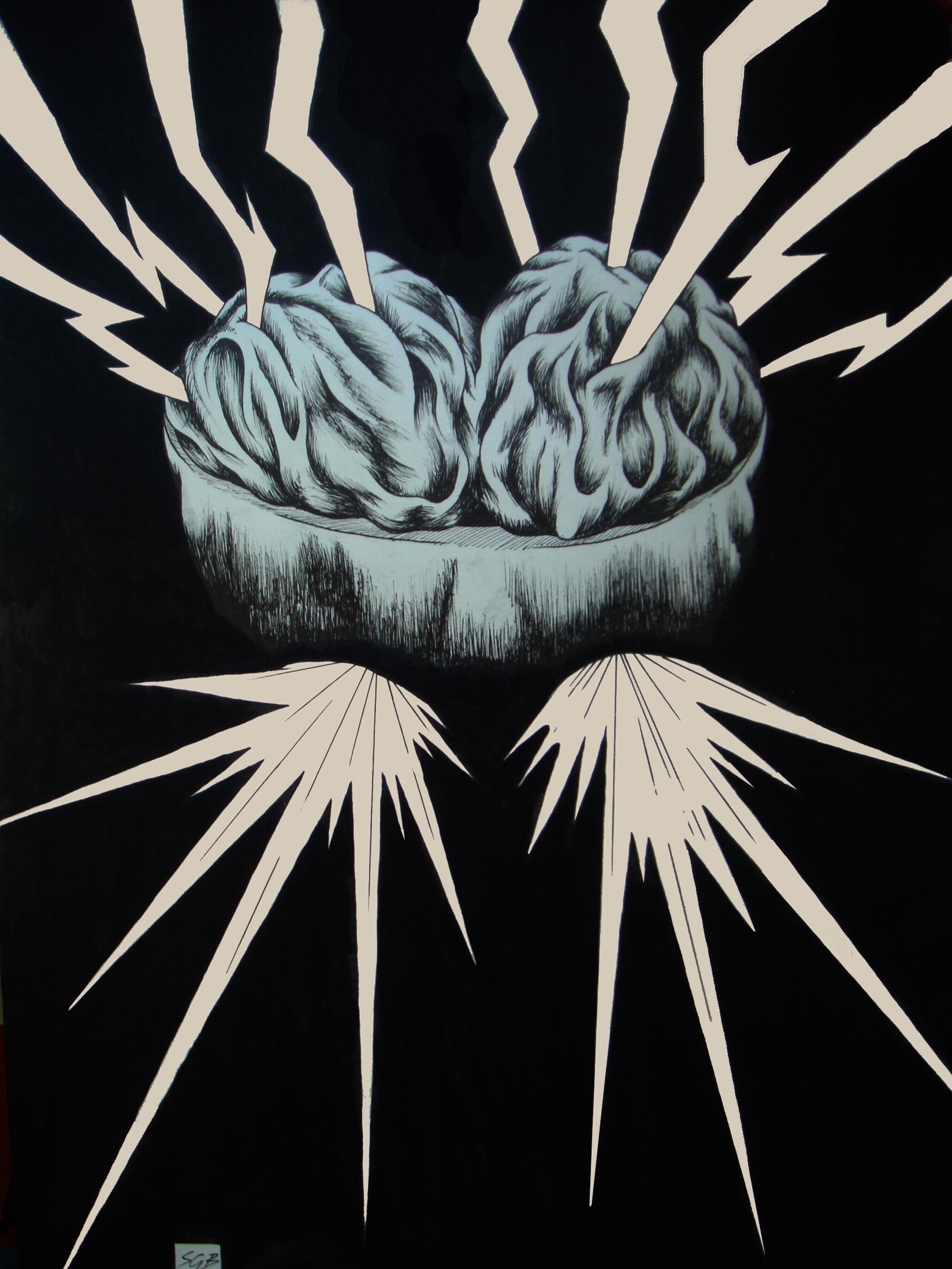 drawn with ink and a marker on paper the papersize is A3, I light the eyes and the thunders up with photoshop (pretty fast/not accurately).

Poor Johnny the Homicidal Maniac. That's what he gets for leaving the house.

No really, thanks for sharing. I thought it was a walnut taking off into orbit during a lightening storm at first.

I don't usually see a perspective that removes the back half of the head; I think that's why people are confused about the eye versus rocket debate. The coloring is pretty good for a marker / ink piece, and I like the comic book like style of lightning you used. Overall though, it's just an odd piece. I mean, I'd expect the back side of the brain to have a more rounded off shape compared to looking like a Valentine's day heart. The cut down the skull line looks too well rounded to have been done by the lightning, we are left to assume the only viable reason for a perfectly cut skull with a brain exposed to lightning is involved with the Frankenstein project. With that considered; even Frankenstein had eyes, so why would you have lightning coming out of the eye sockets if the lighting is supposed to be jolting him to life?

To step away from the realism of the piece and get back to base, The first time I looked at this, My instant thought was to replace the brain with a new breakfast cereal, have it struck by lighting from the top side, and then have it blasted off into space with lightning rockets. It wasn't until I looked at it more that I understood what you were doing. I recommend if you try something like this again, alter the perspective downward to include part of the eye sockets for an easier sell.

good input, thanks. I will remind your point if I am going to trow somethink like that again

I too didn't get that those were his eyes. I *knew* they weren't rockets (as the other poster mentions) but they certainly seem that way when you first see it. It looked like a brain on a platform with some sort of rocket-age going on being hit by lightning.

It's a cooler piece of art once you see what you were going for :P