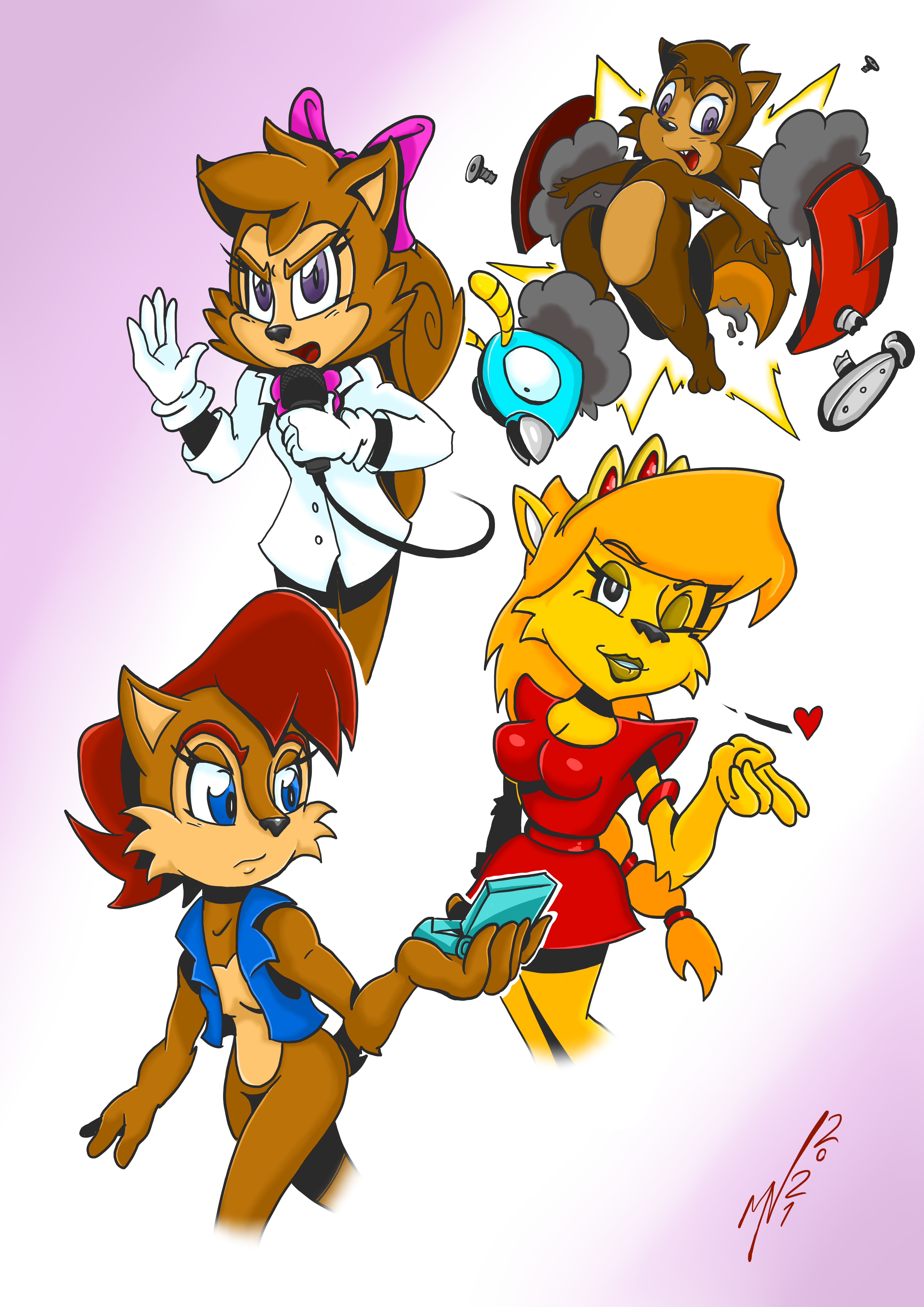 Many faces of Sally Acorn

The Many faces of Sally Acorn as she was used in comics and cartoons, started off as a random squirrel called ricky but changed to a female love interest in one comic while becoming a background character in another. theres also the prototype version for good measure