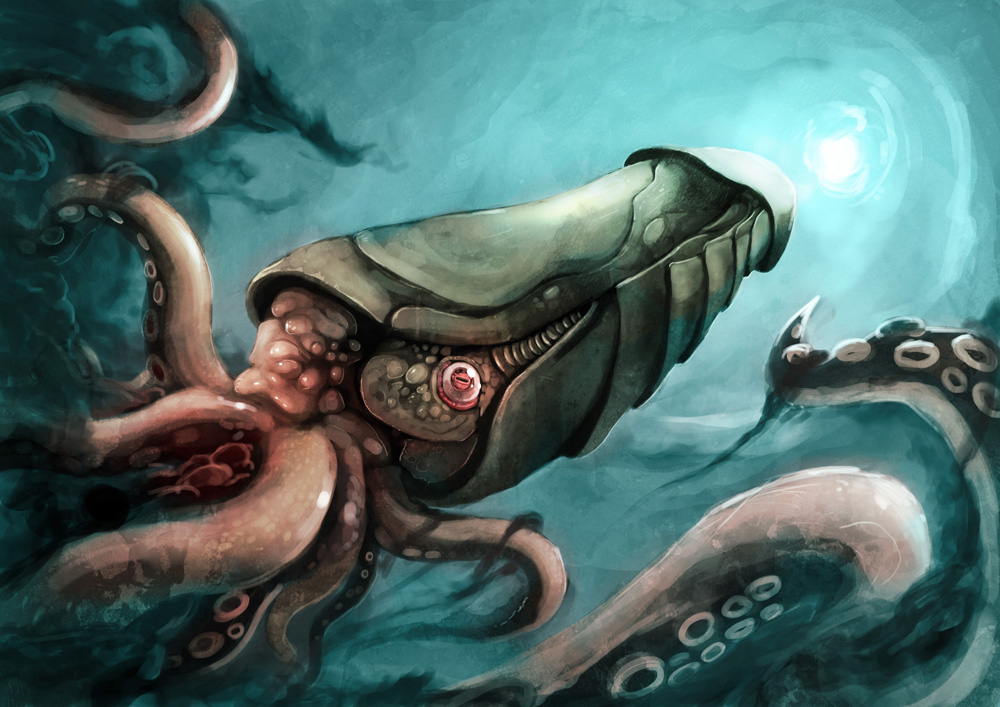 The only flaw is that the title doesn't seem to make sense. He just seems like a natural squid, not a mecha. I don't care, because this picture is awesome! I believe this looks just like the anatomy of a real giant squid. Maybe a colossal squid, I'm not sure which it is. It looks like it's coming out of the water.

That's kind of odd, because that looks like the top of the water over it. I guess it's just moving the water around itself. I feel dumb, because I know little about squid anatomy. I can at least recognize most of these body parts. The eye's probably the best part.

Hey man, this is a really cool drawing, really detailed, cool perspective and colors, like the... wait a second... IT'S A DICK!!!!!!

omg it doesnt have boobs !!! lol gr8 artwork bro my gf and me love your style :) Favorited :D

Of course it looks phallic. It's a f@#%Ing squid. Pretty much everything that swims is dick-shaped.

you're right. the original title is dickhead squid in hyperspace. and i forgot when posted it here :P