why am i here 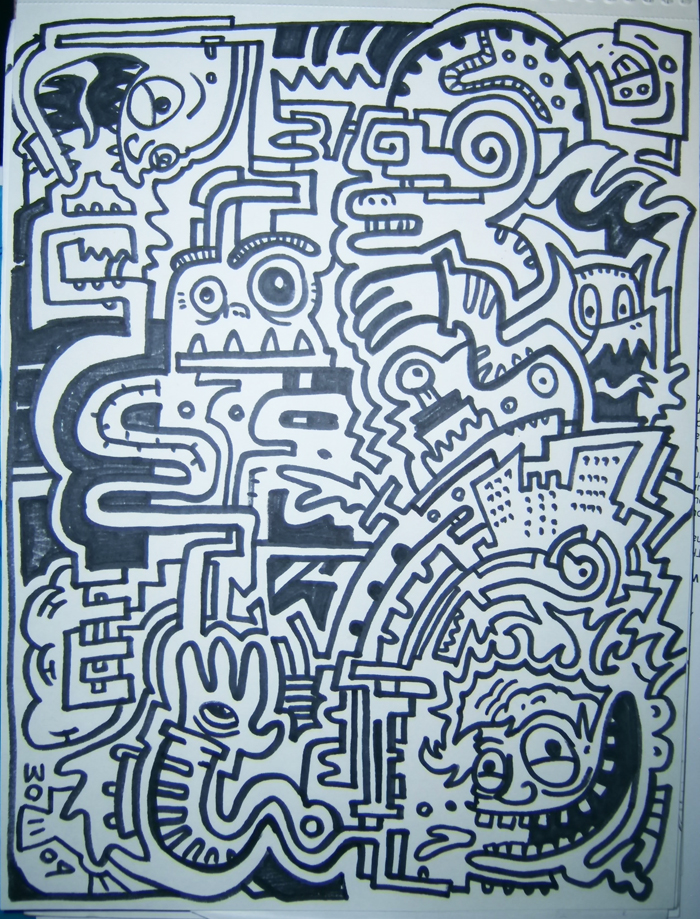 was in a class, horribly tired and drew this. a doodle.
thought it cud be used as a twitterskin

There was lots of imagination you put into this and I think all of these kinds of doodles would work for twitter skins. I thought that was amazingly fast how you already posted a skin. I thought people would wait a day or something. Oh well!

I liked all of the random crap you put in but I think you make too much of these style of doodles but that's ok. I almost formed a maze looking at it but i see that you WERE tired when you made this but I think you made it very smoothly probably because you used a marker of some sort instead of pencil.

The style isn't really original but I don't see many of this style on the art portal and I just joined the art portal patrol so OK. I am suprised that it got WAAAAYYY more views then votes and if I was bored enough to fraction it out, that would be about 1/10 people voted from this when they saw it but hey, that could change.

Not to be a kill joy but you should have put color into it even though it was a doodle like your other one. But i am sure that you put SOME effort into it. Too bad I can't make something as simple as this.

Well that leads to the overall score:

Overall I thought this was good