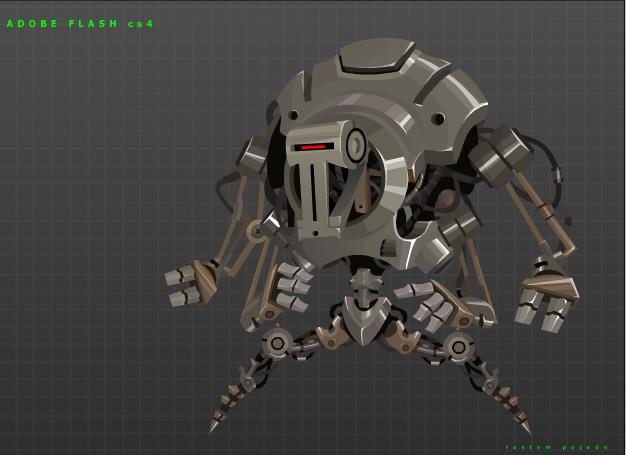 OK so this was pretty neat the second in the series of shiny robots, i like that this one has a red beam here, and like the other one this one could use more of a "SHINE" and sparkle to give it that much more of an effect therem he has all these arms and hands, maybe you should have him "HOLDING" something like a soda can or something, but anyways once again simular to the first one but still differant it was notbad and i like the style, keep it up.

~~THINGS TO IMPROVE ON~~
So for things to improve on i suppose as suggested more shine, maybe in this case a prop for him to hold and such.