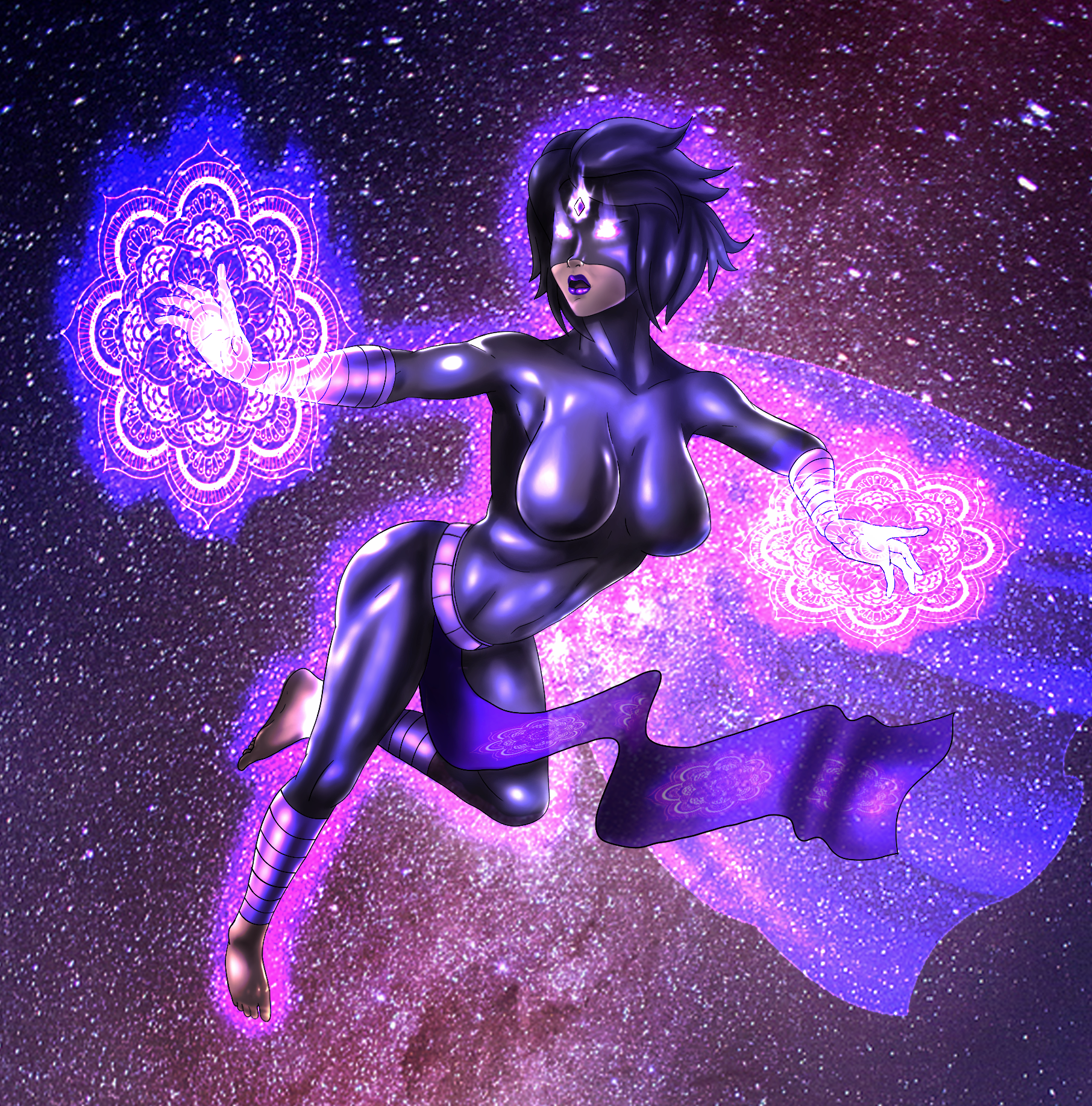 This is an original superhero I designed on Microsoft Paint back in 2013 with a computer mouse. I figured it was time to give her a proper revamp. (Also, the original drawing was made WAY before the Dr. Strange movie was even announced, so SUCK IT MARVEL!)

Professor Amara Addams, scholar and architect, sought to finish her father's work by proving the existence of the fabled gem known as the Iris of Ajna. In time, she eventually found it. She plucked the jewel from the brow of a long deceased monk in an ancient hidden temple in the heart of India. After much study, Amara decided to place the jewel upon her forehead as the monk had before her. With a flash of indigo light, the Iris of Ajna imbued Amara with the chakra of the Gods, for her third eye had been awakened. In the wake of her new abilities, the aura projects a circle of power, thus earning her moniker by the people, Mandala. Now, with her newfound abilities, Amara acts as the mortal hand of the Gods, spreading peace, justice, and balance wherever she is needed.

*I like the sound of Dr. Mandala, but there are enough magic doctors out there

(So essentially a blend of Starfire and Dr. Fate, with a little Green Lantern)