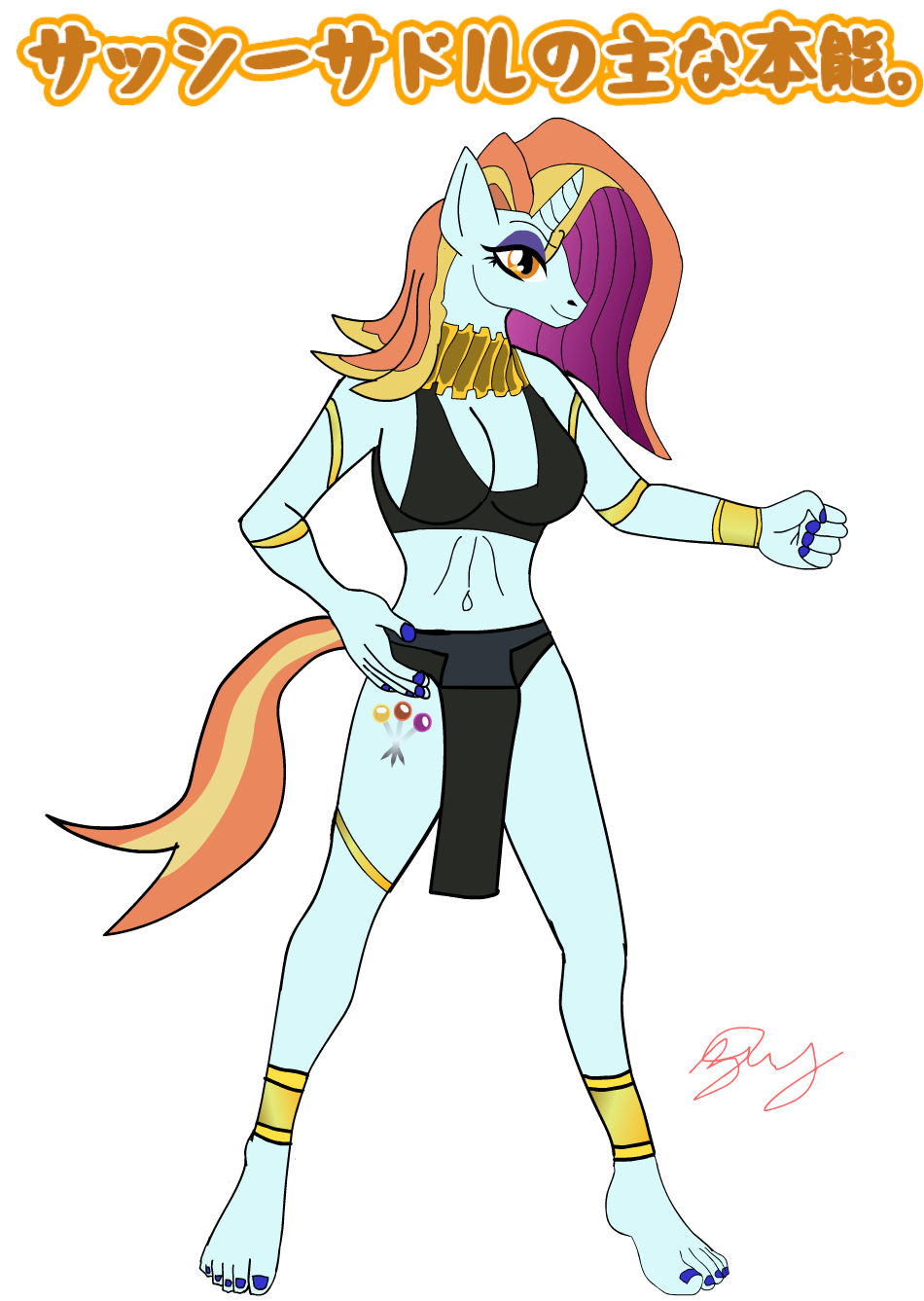 Hello, Somebody requested me an Interesting Character. I usually don't like doing crossovers like this, but She's in a Costume in a Cancelled Atari Game "Primal Rage II" The Character's Costume is what Sassy Saddles is wearing. She is also one of the 2 characters who are women in the game without the only female Dinosaur in the game. Sassy's Costume is based on Malyssa who is a humanized Version of the Character Vertigo. Yeah Apparently like McDonald's they have a working full version in somewhere near Chicago, IL but it got shipped somewhere near San Bernardino, CA. The rest of the Rom was imported in the Internet somewhere! Even though, This Translate as "The main Instinct of Sassy Saddles" but there not accurate Term for Primal Instinct. Yeah, I was bored today, I might do another one with Sapphire Shores soon. I might make an NSFW version of this someday! Those are not Lolipops as her Cutie mark, it’s actually 3 Pin Needles. It's like a Parody Crossover type thing, that's how MLP:FiM is based on lots of Parody and References from other shows, Movies and other Stuff. yeah I hope you like her, I am aware she almost look realistic or Like an actual horse because of her face or Muzzle. Yeah, I wish I can upload more but I barely come here other than EXP Points!