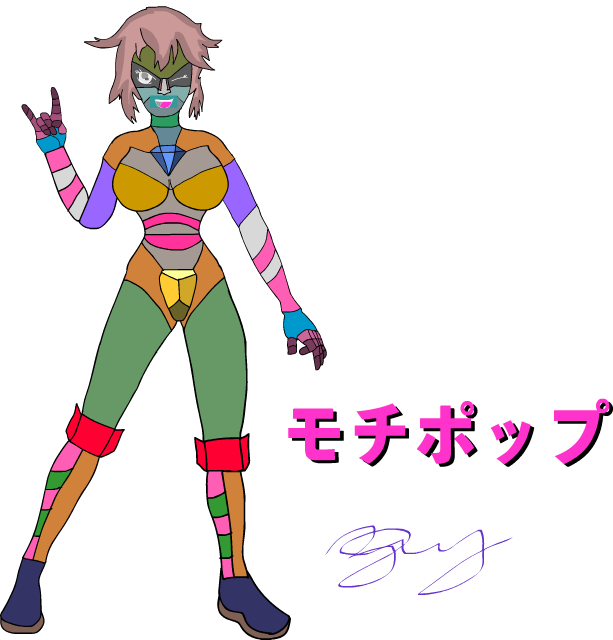 I've posted this in my DA, Twitter as well as Tumblr! Mochipop or DLR-6144207 is a New OC of mine. I was thinking about Fembots recently because almost every 90′s cartoon has one. She is also part of the LGBT robot version Community. She is known as a Bi-sexual bot! Well, Here’s my Version and she is the Sister of Gahion bot. Which I no longer draw because it looks too similar to a super sentai-like Character! She might start in her own new series. Look, Some folks have a thing for a Robots but some don’t! Not all freaking Robots must look like 2B, Android 18 and Jenny. I swear. She has a pretty sad background. She isn’t an Obsolete Fembot but She is an Abandoned one! From some unknown company rumored to be in Kyoto, Japan! Some people think this is the Enozasa killer right here, nope not really. She probably will Replace Enozasa Hinaruka in the future, Who knows? Anyhow, I wanted to draw another Robotic Character that isn't a Guy or have a strange Robosona. So, I guess She will have to do! Her eyes and mouth is basically Digitized like most modern Fembots nowadays. She is probably very Eco-friendly like a Toyota-Hybrid type Fembot. She can last for hours, Only need to charge like every 4-5 days to a week depends on her Daily Routine!