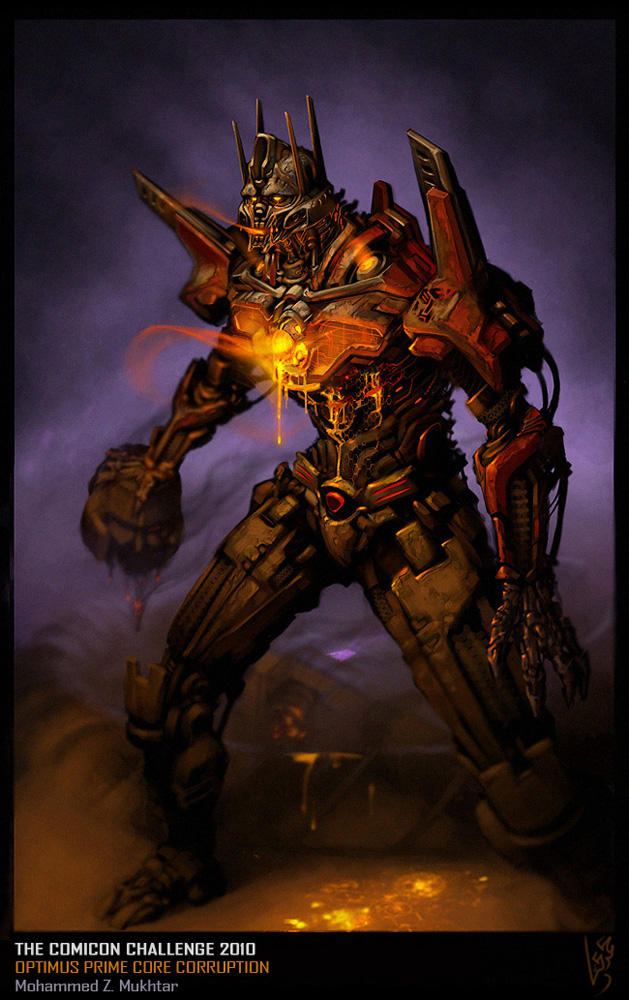 hhahahahah such disaster :') keep it up dude!

Very cool, but there's absolutely no blue on him.

Dude, you might as well call me a Transformers fan, because I have seen so much fantastic Transformers art work here! Optimus Prime has never looked scarier. He doesn't even look like a robot in this, he looks more like some decaying robot zombie. Given how crazy we are, an idea like that could in fact happen. There is an unbelievable amount of detail put into all of his cybernatics. He's actually so frightening it looks like he could be merged with Megatron.

I'm guessing not, because he seems to be holding Megatron's head. I hope this won the contest as well as every other kind of contest imaginable because this is awesome! It is something that everyone can appreciate who likes anything! Even people who aren't art fans should love this. It looks like he has a laser or something firing from his chest. It's even great fun to try to make out what kind of weird background he's in.

I just saw the head of Megatron in his hand