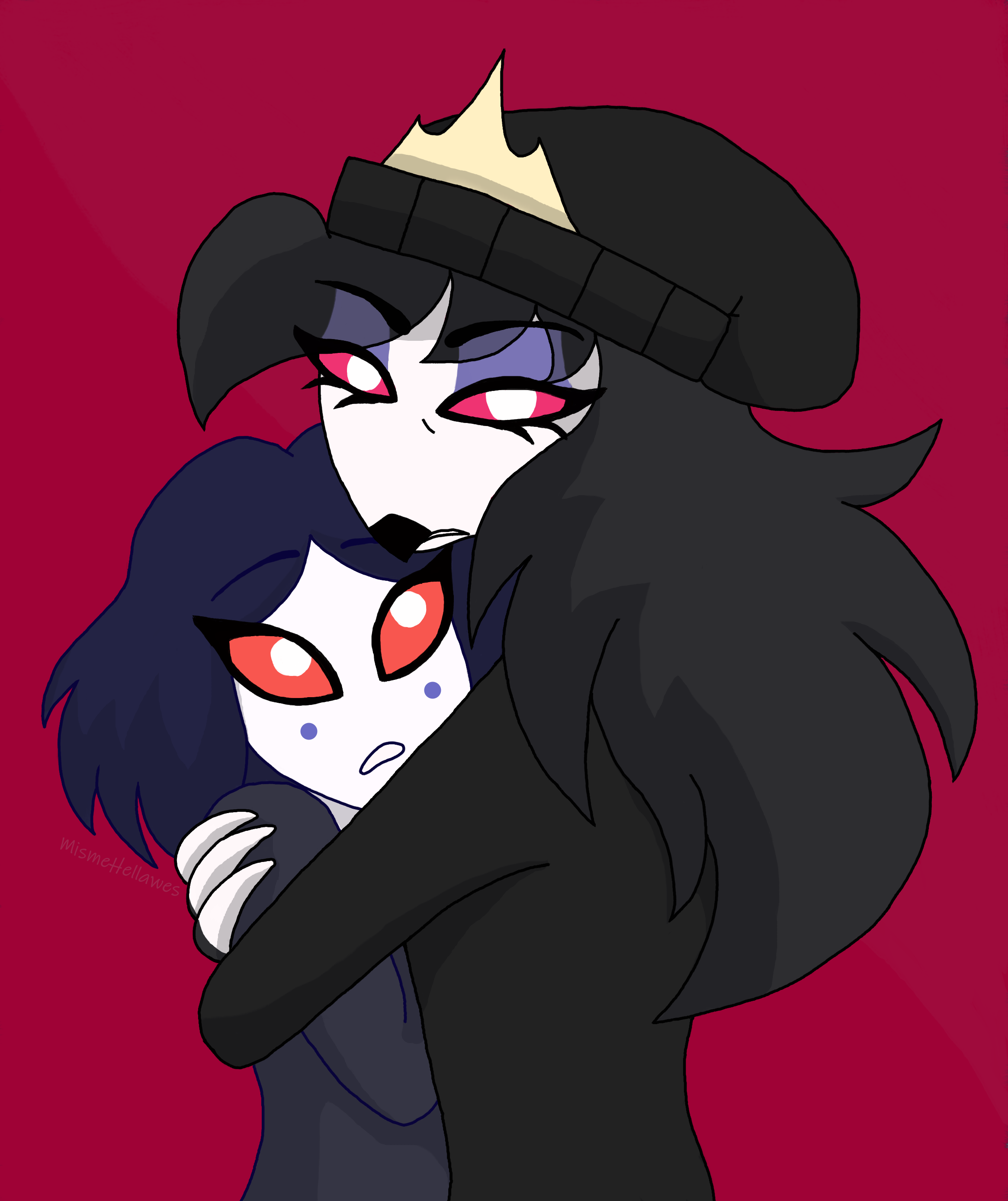 Octavia will not tolerate any shitheads around her dove, they better stay the fuck away!

Been a while eh?

I actually didn't expect I'd draw Layla again (the short one Via's holding). But one day during a break at work I came up with idea of Octavia being all protective towards her and quickly sketched it. The drawing sat in my sketchbook for a while, then my muse came back, so here you have it, the full version.

Working on it was kinda baffling. First off, for some reason I had troubles recreating the sketch digitally (it's my usual M.O.), so after several failed attempts and endless string of curses I scanned it and then touched it up in Krita. Second, after doing lineart and flat colouring for Octavia I realized I have no idea what Layla's colours are supposed to be x'D I ended up randomly splattering her with colours late at night, went to sleep, then fixed it. Her eyes were the biggest problem... Third, when the piece was finished I realized somehow I coloured Octavia's feathers darker than in her character sheet x'D Tried to change it, but it looked glaring compared with the rest of the drawing. Ultimately I left and saved the darker version. OMG... In the end I feel colouring on this one is different than on my other pictures.

I feel I'm awkward when it comes to drawing hugs. Here, the hug is supposed to be a little awkward (with Layla pressing her hand to her chest), but I'm not sure if I conveyed it well enough. Then there's Octavia's expression. I was aiming for protective over Layla/threatening to whoever the fuck. Buuut... I feel it comes out more possesive. And it gave me odd feeling, similar to one Angel Dust picture I worked on before - that someone is glaring at me. Weird. Extra weird, because I literally made Layla, so calm your feathers Octavia >_>

That's enough of my babbling. Comments/redlines are welcome :)