For the month of January we have disabled ads on all E-M content. We need 195 people to reach our January goal of 3,000 active supporters. If we hit that, we'll continue with a new goal in February! 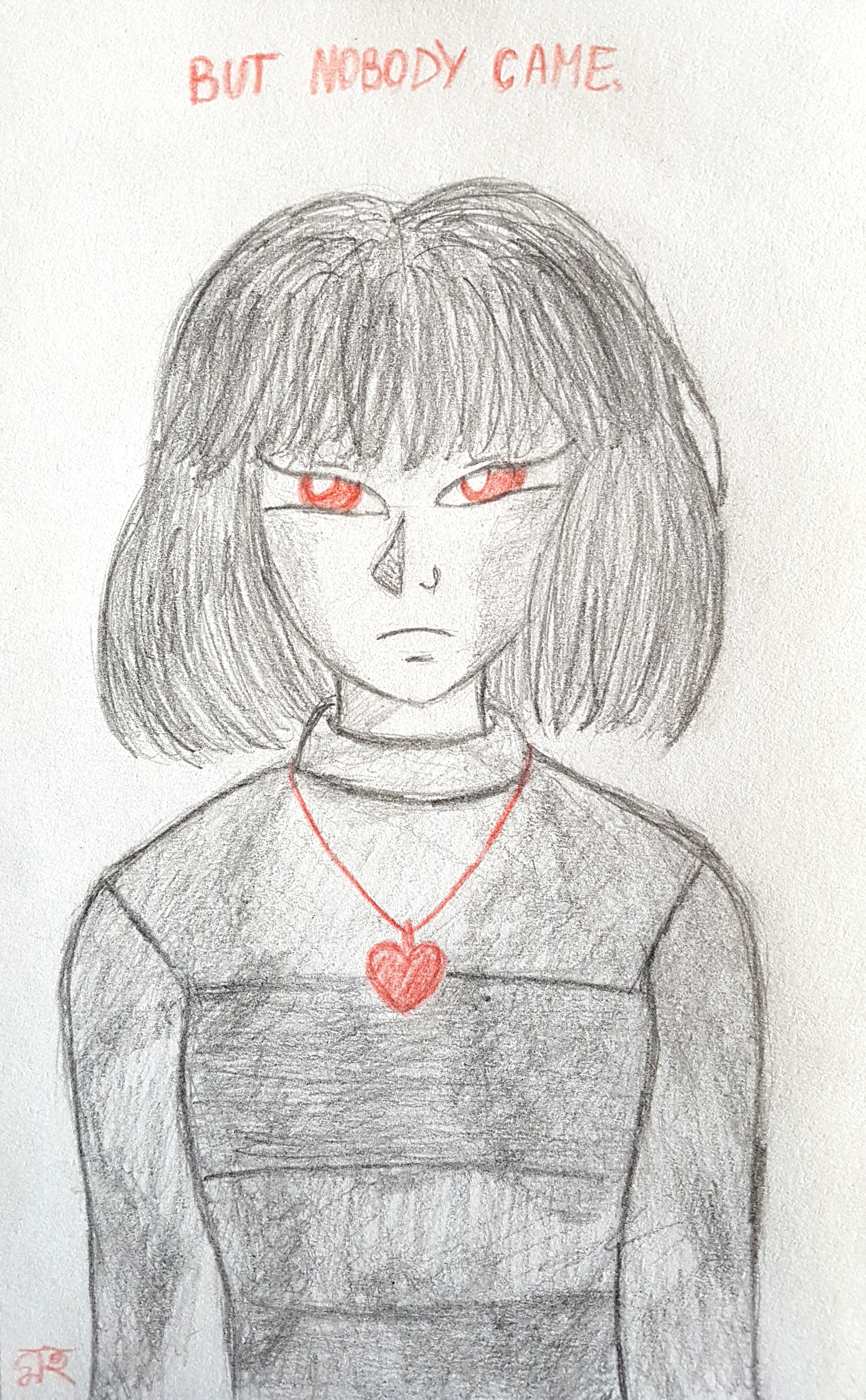 DISCLAIMER: My version of Frisk is female.

After a long time, during which I though I'll never draw again, my muse has returned to me. I doodled it while listening to Pyrocynical's video about Petscop. Thanks, Mr Pyro.

This is Frisk by the end of Genocide route - devoid of emotions, partially controlled by Chara, covered in dust of murdered monsters. I tried to draw her expression as creepily blank. I know that people like to joke about blank face of Frisk's sprite, but the game in Neutral/Pacifist route explicitly states that Frisk reacts and behaves, and makes faces like your average human. Only in Genocide their face is blank and creepy to the other characters.