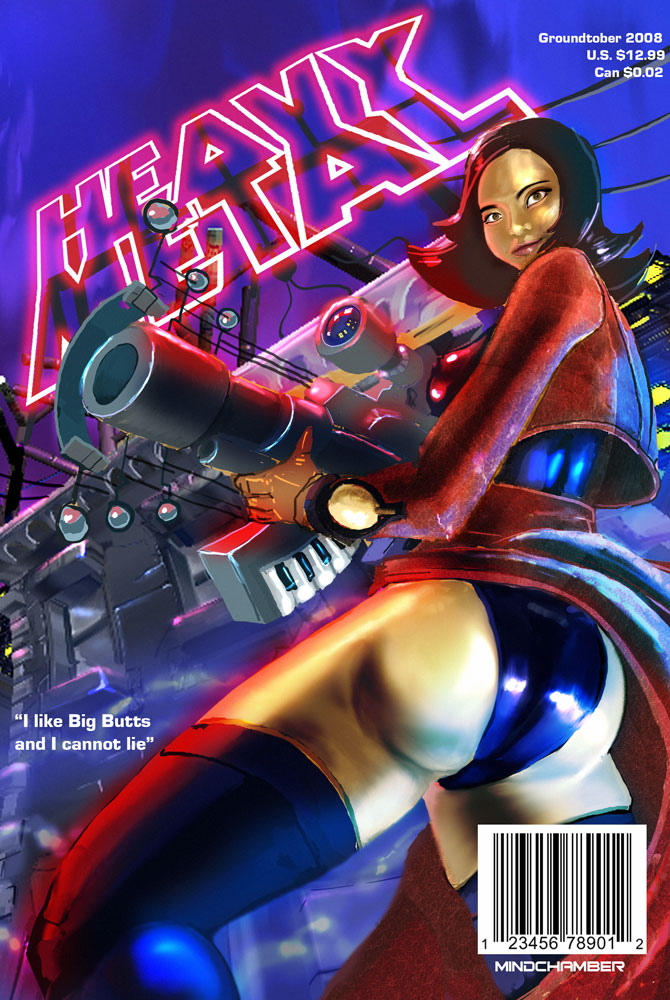 Yess this is old, and its a mess, but Im trying to archive all the crap Ive done on this site so I decided to post this mishapen beast.

Yep, that booty was the only thing that made me interested in viewing this. Its strongest point is probably that is one well drawn butt. It almost doesn't seem to sync up well with the rest of the picture. I like how you included a bar code with your signature (or name) under it. This doesn't really look old at all. I imagine that a lot of submissions in the art portal would be older because it's the newest feature of its kind we have.

Is the girl supposed to be Nene? I didn't see how she would have tied in to Heavy Metal, but I guess it makes as much as sense as anything else. I like the vast amount of detail put into the strange building with all the instruments. The gun is probably the coolest part as it has so many neat parts to it. Oh, you included the date too.

great pictures, you have a style, and I like it :-)

Conservatively speaking, shouldn't that ass be rated "T"? I mean it I'm not sure it really counts as partial nudity, but I've seen other similar images rated 13+. Great look for Nene.

And at Shrooblord,
"It's a joke dumbass."

I like it, and don't think it's crap at all. It's quite detailed and well-drawn. Just one little question: How can it be 13 US dollars and only 2 Canadian cents? ;P

cause the american dollar is that weak :-p