For the month of January we have disabled ads on all E-M content. We need 200 people to reach our January goal of 3,000 active supporters. If we hit that, we'll continue with a new goal in February! 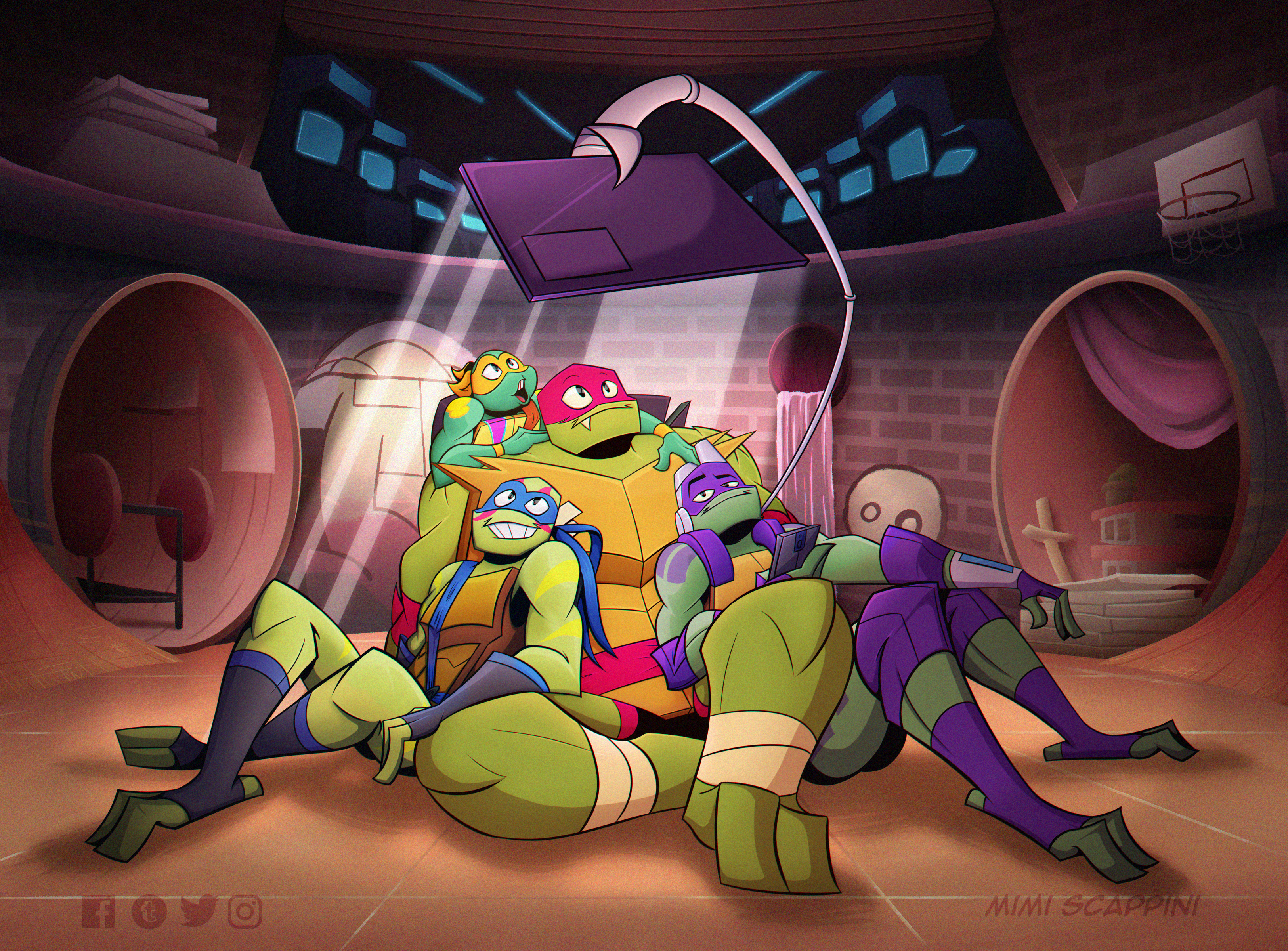 This took me forever to finish!

I really like the show. The animation is so good!!!!

Nice, but i prefer the old design of this guys!

Raph such a unit

such a good show. Love the image

Cool!
It's interesting to think that in the orginal comics the turtles would often just murder people, but I honestly like what they have become over the years.
I think 4 male characters who deeply care and support each other is a good thing to have as a background constant in pop culture.
IDW, a smaller US comic company, is actually doing some gritty TMNT comics, which are occasionally really interesting to look at to just see the stark contrast.
I guess we could also label the turtles as the US's Power Rangers/Super Sentai, as every couple years a fun new version of them.

In case it's fun group shot that really feels true to that Character's personalties and how relaxed they are with each other.
Thank you for making this.