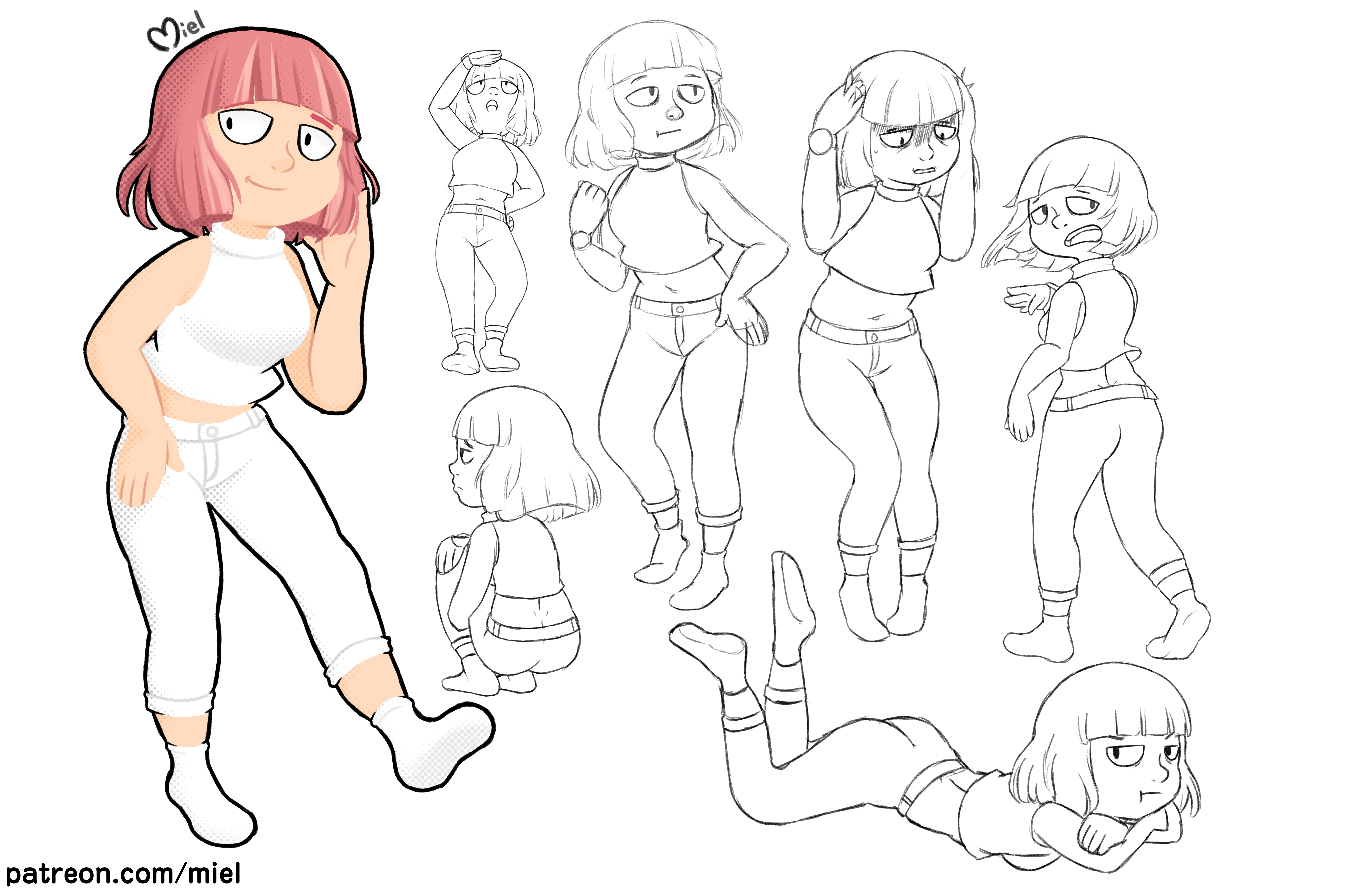 I love your art style!

Have you ever seen "Mob Psycho 100"? It's a neat manga with an anime adaptation and the main character [Mob] looks quite similar (though I admit that is mostly a similarity between the eyes and hair of the two characters.) ^_^

I like what you did with the pants, it's giving me a kinda punk vibe, but using white instead of black. A good selection of poses too. Was this done as a commission or for yourself? Does this OC have a name yet?

I have not seen mob psycho but now I'm interested. I quickly looked it up and I agree it looks quite similar!

It was school work (character design class), the aim was to create a character from scratch and make its modelsheet. I gave her the name "Albia" (means white in Latin), didn't really go very far to get it to be quite honest.

Thank you a lot!