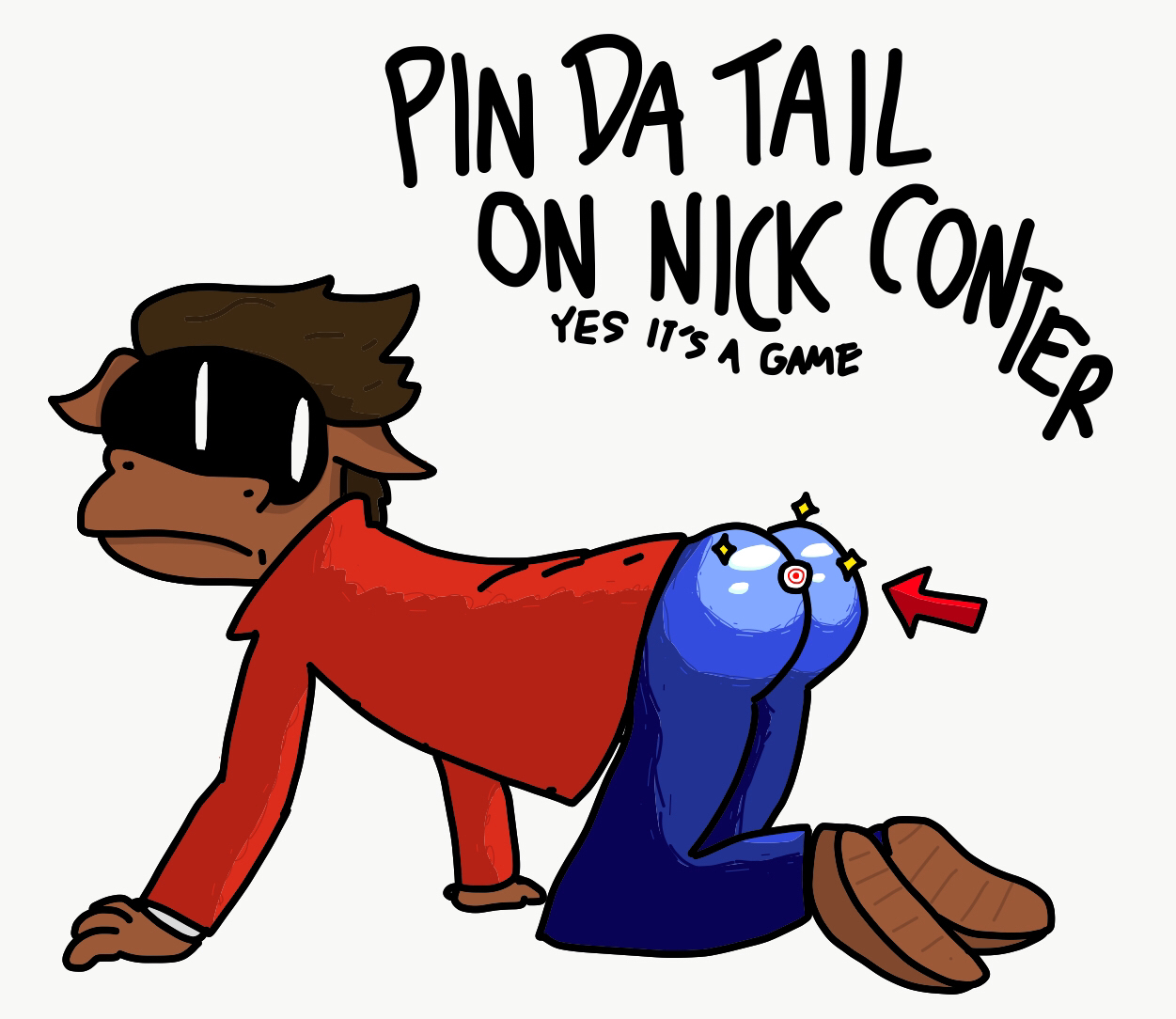 Pin The Tail on Nick Conter

Yo, ain't that the horse from NEAR [DEAD]LINE?

Here are the art stuff I did for the Pin The Tail minigame! Go play it now in this year's Advent Calendar, or I'll stick a tail on your bottom as well.

If you get a score less than 10, you get the skin that allows you to play as the birthday boy himself, Nick Conter.

(Nick also DMed me, asking why I drew him like a twink. lol sorry Nick)

Since it was Nick's birthday today, the ninth of December, Brandy and George barged into my room drunk the other night and demanded I give up my soul.

... I'm kidding. I was already suggesting a Pin The Tail minigame featuring Nick as the donkey (because he was a horse) a few weeks prior, so the other night, Brandy hit me up on Discord asking for the images above.

He showed off a mockup in the public Newgrounds Discord, and I can't help but scream inside.

but don't be fooled! this isn't the grand, end-of-year Newgrounds 2020 illustration that I said I have! this one is just something for a Christmas minigame. the actual illustration is way bigger than this one. it also appears in an absolutely special place, but I'm not giving any hints away ;)))