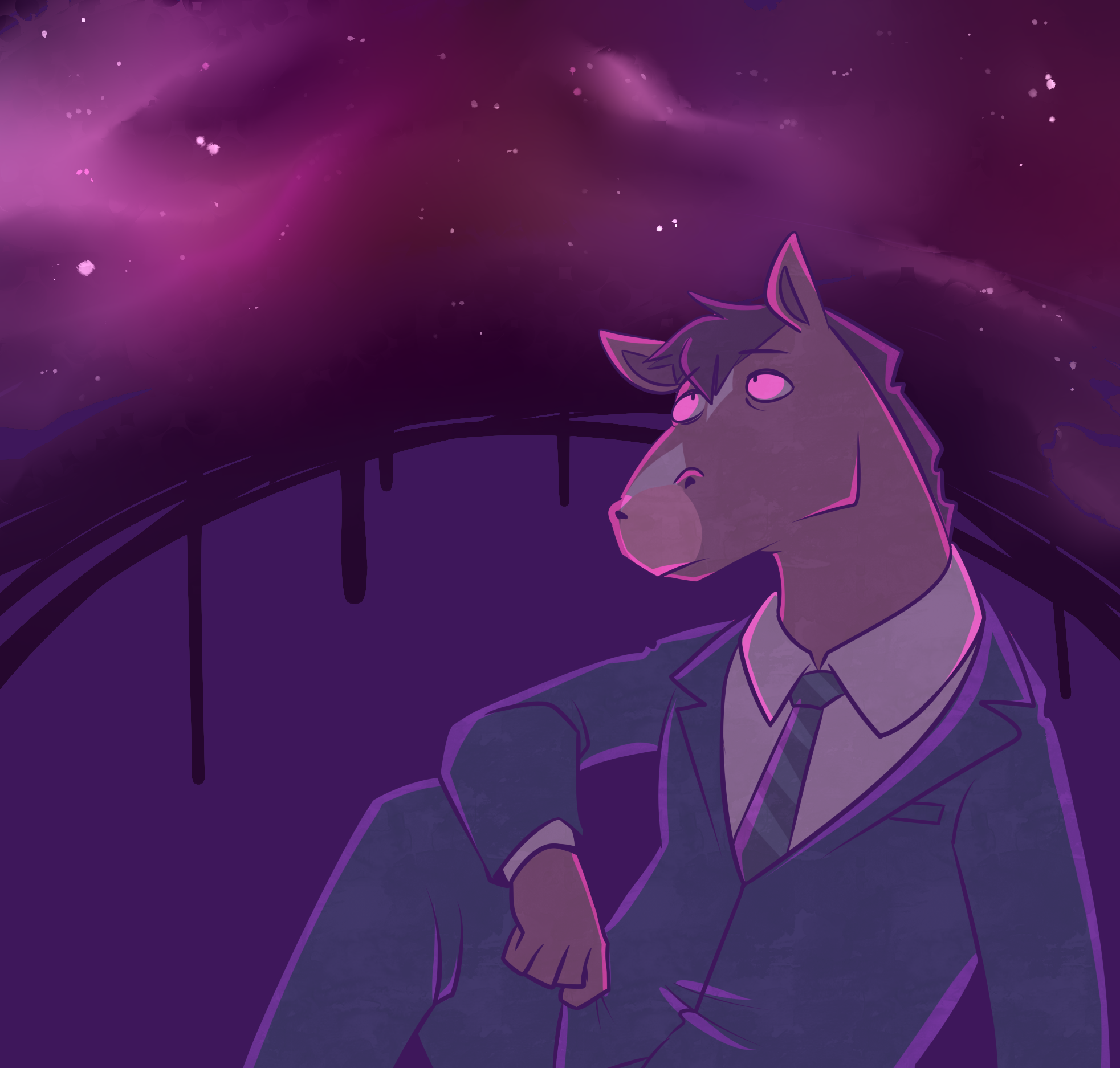 I binged the last couple episodes the night they came out. The show had a very lovely ending that really shown how far the characters had come in terms of development, though I feel the way they wrapped some things up was kinda awkward but would probably make more sense watching through the entirety of the series again.

I really love the lighting on Bojack and the starry sky, as well as how it's kind of dripping down the background sort of like the one episode (Won't spoil it for those who don't know)! Whether or not an intentional reference, it's still a nice touch!

I agree! I'm more of a "round ending" sorta person, I felt a lot of things amounted to filler as you watch the seasons but I think the show was going for exactly that, something about how shit in life just happens and a lot of times you're the one who has to give it meaning. All in all I liked the very last scene a lot, I felt it clicked even if I don't quite get it in full yet!

and it was totally intentional HEHEHE thank you very much!!