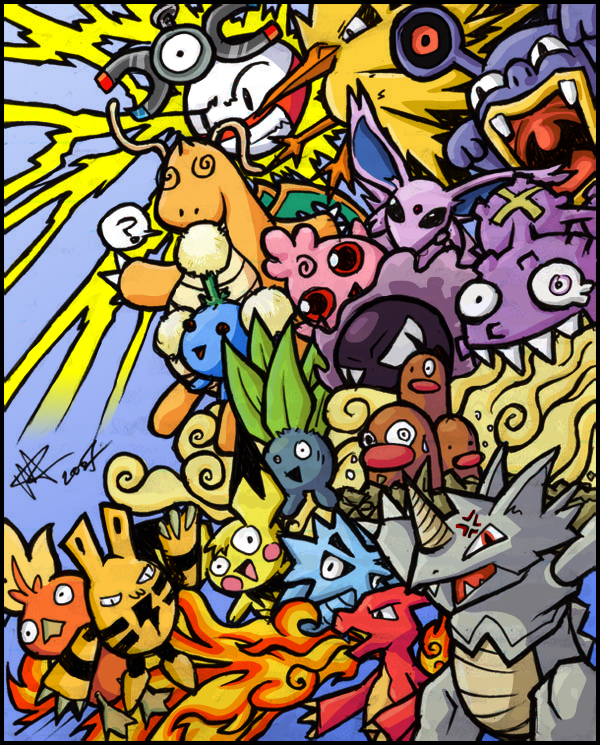 As a huge pokemon fan, my only complaint is that it's old! I have seen you draw a lot more reent stuff that's much better. It's still a great picture. I love the notion of them all being together like this. It's easy to draw a lot of characters with this franchise. I think my favorite would probably be Pichu.

In fact, they all have a lot of individuality. That's not easy to do with them. While not that big of a picture, it still looks that way. I can now see the 2007 on the picture. I believe that's when this was made.