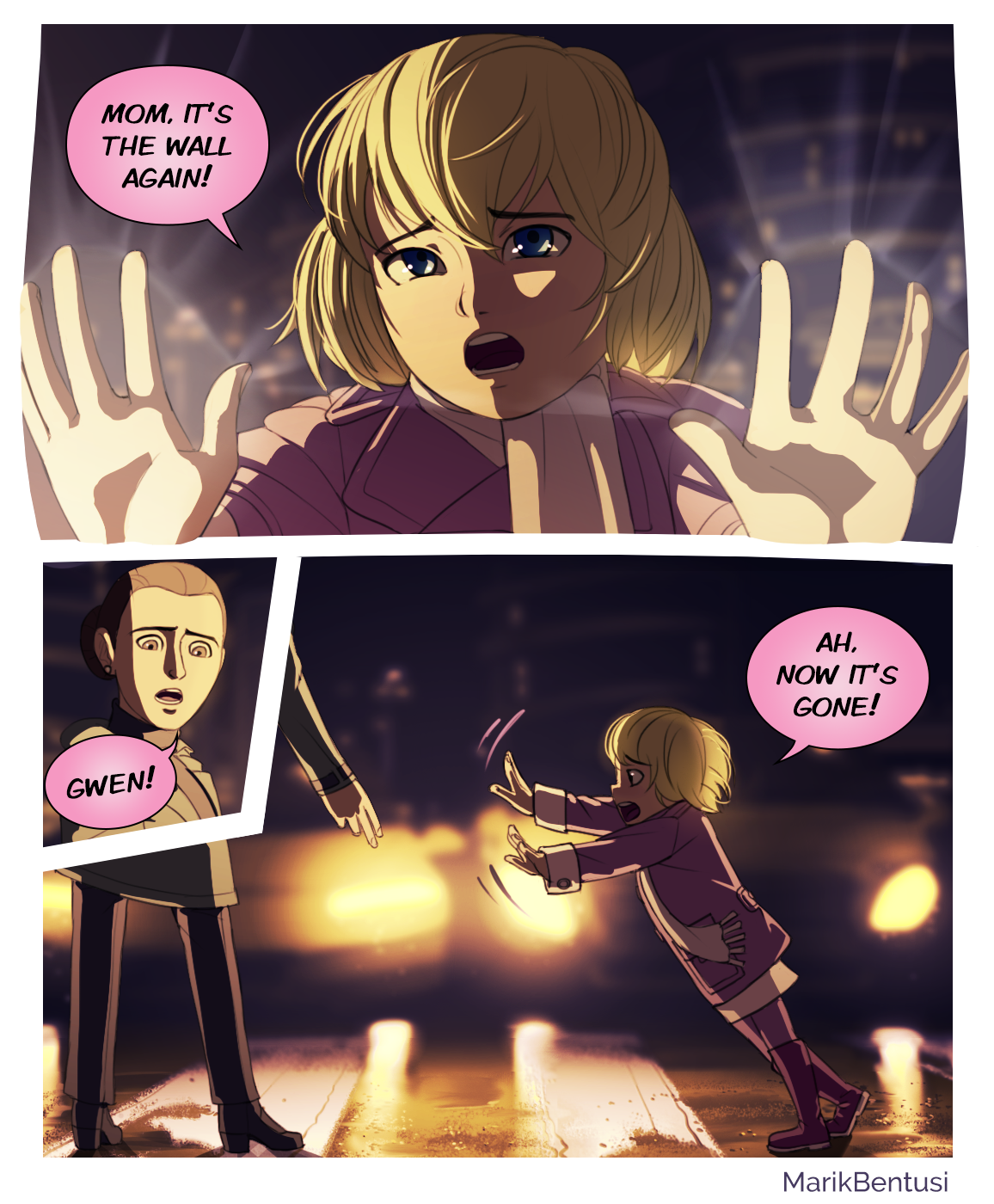 Little Gwenpool struggling with her powers

After 400 years of making comics I've finally caved and looked up how to properly create speech bubbles instead of scribbling them like a pleb.

I prolly went too ham on the street texture on that last panel there, but it was so fun I couldn't stop :d

Originally there was gonna be much more to this comic, but I feel like this part works quite well on its own. I can always tack on more stuff later, right?