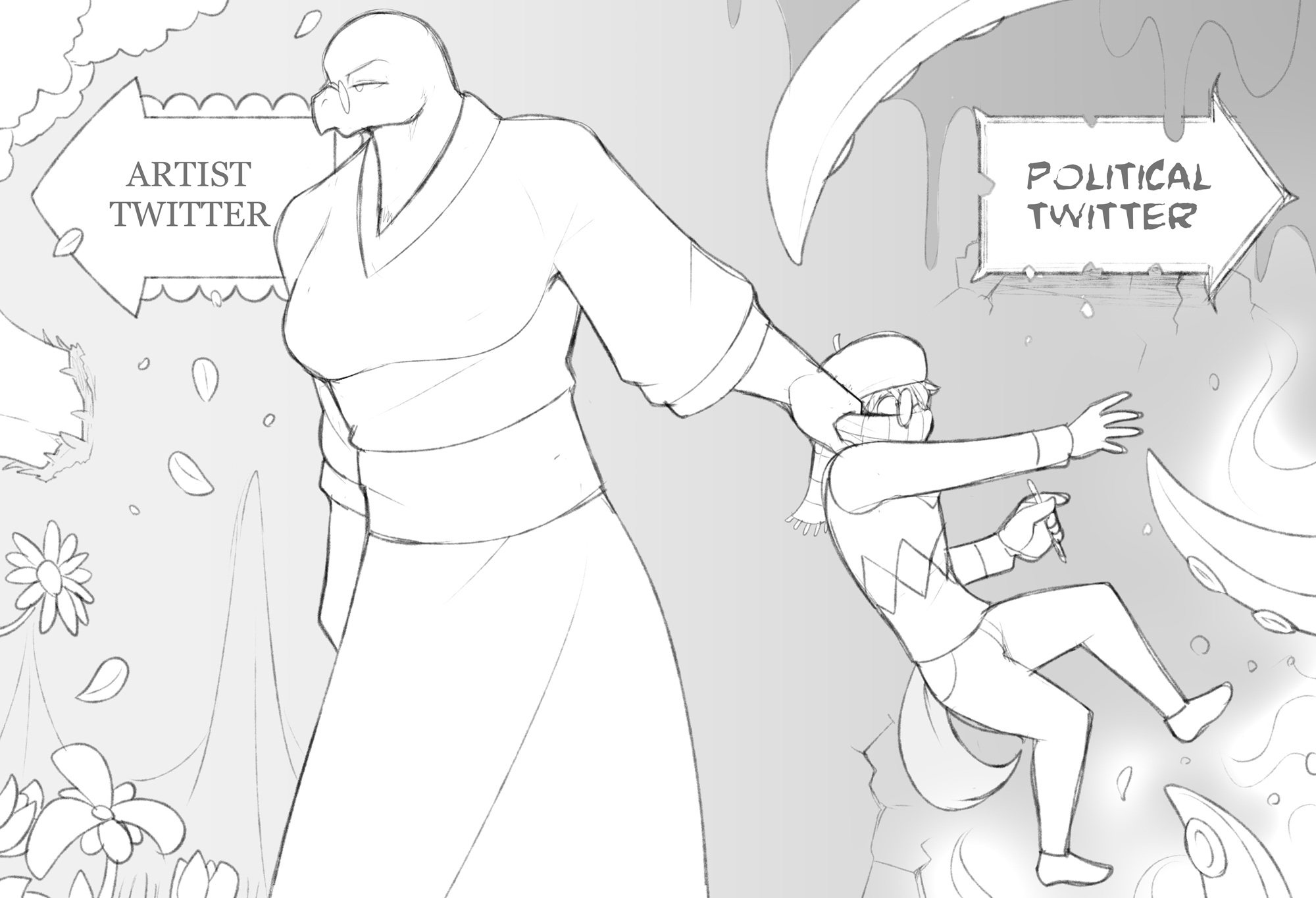 Stay in your lane

Call this a PSA, or a vent, or a meme, doesn't really matter. Point is, aside from character morality in my stories, you'll never see my political opinions from me. I don't want to alienate anyone, and more importantly, no one asked.

Pledge $3 or more to get early access to my images, along with other cool bonuses!

I... don't agree with this, it really doesn't reflect the history of art or some of its main use as a means of human expression (often about social/political issues). But there's no point harassing you about it, good day.

Thank you for this. I would prefer to never know what the political leaning of artists or youtubers are. At least via their main artistic expression channels.

Meh, I never thought of Twitter as a place for artists anyway, just a social media platform that artists often frequent. I don't have a problem with artists expressing themselves, because that's the fucking point of their craft. And Twitter is a place for bitching about whatever you fancy, whether or not anyone's asking, so... Yeah!

Besides, what's going on right now isn't a political matter. It's a matter of human decency. And if you don't have that then I don't mind calling you out for it, and neither should you be.

Then again, I also get that it's tiring to always stay on top of whatever happens in the world, because Earth is a turbulent place. So if you just wanna stay in your little bubble of recuperation, that's fine. Just don't be afraid of calling out the scum of Earth when you encounter them. That's all I ask of you. :)

I agree with this.