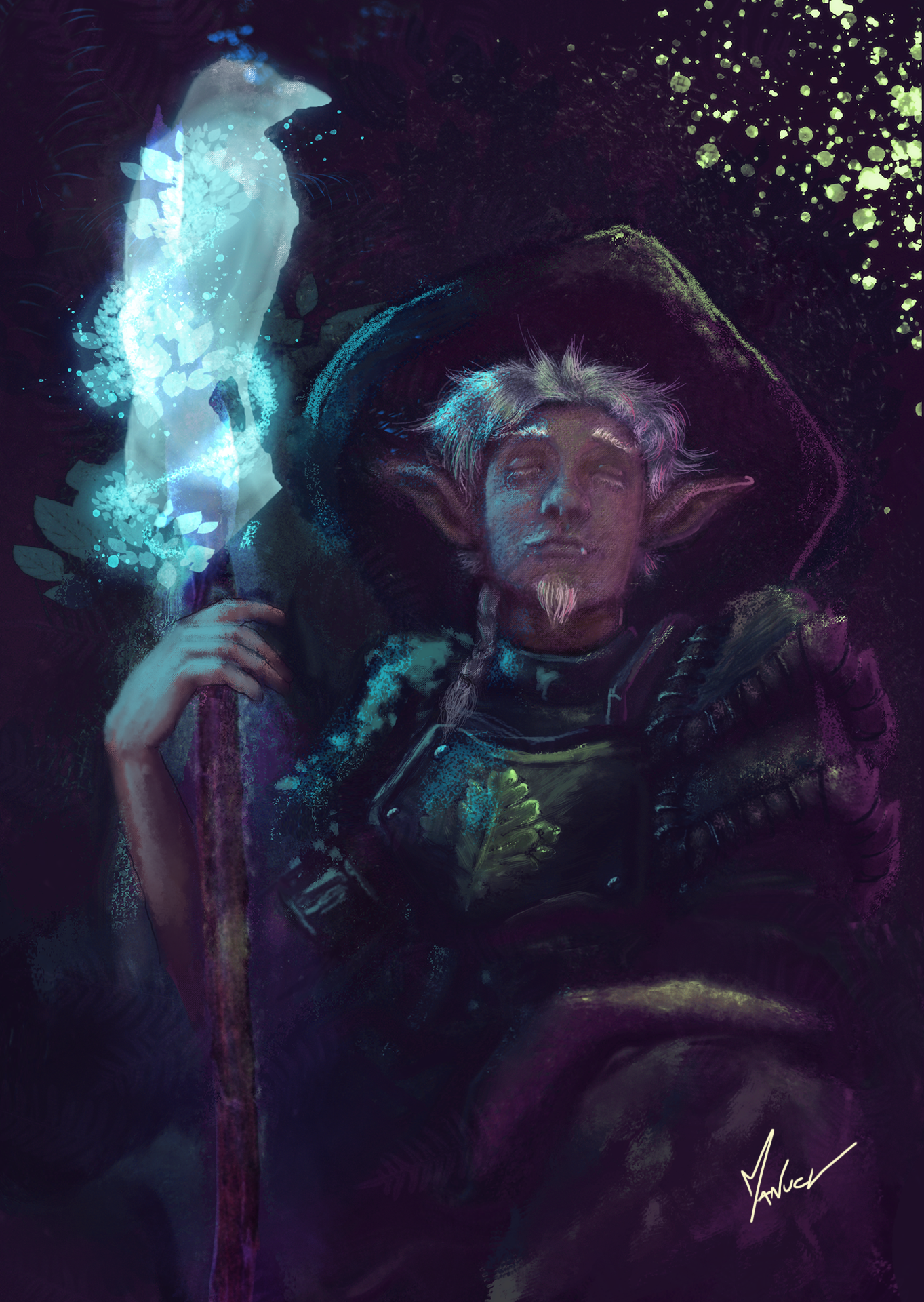 Zame is a Half-elf, chaotic-neutral, (Formless) Druid of silver hair, with a magic hat and lots of animal friends. His prefered wild shape is of a white raven, is a cool dude and a good and caring friend. likes tea and often is found dragging his long cape on the ground and talking alone with his rock friends. All his clothes used to be originally white, but are brown from the dirt.

His animal companion is Menchi, a little white dog.

He was in love with Micaela, a vine plant that used to accompany him in a flower pot, until a grim day when Zam almost died and she couldn't handle the pain and asked to leave if he can't live a peaceful life and abandon his reckless friends.

He has found that he is incapable of killing anything. he doesn't know but has been a key component in the mass destruction of a continent. almost all his friends (including his future wife) are bandits of ill reputation.

one of my most beloved OC, is from my longest D&D adventure, hope you all like the drawing. Here is another drawing I made of him (original on deviantart, 2015) :

there is another image of him online, by my friend Ank on his deviant: Hitomi y Zame (2008)