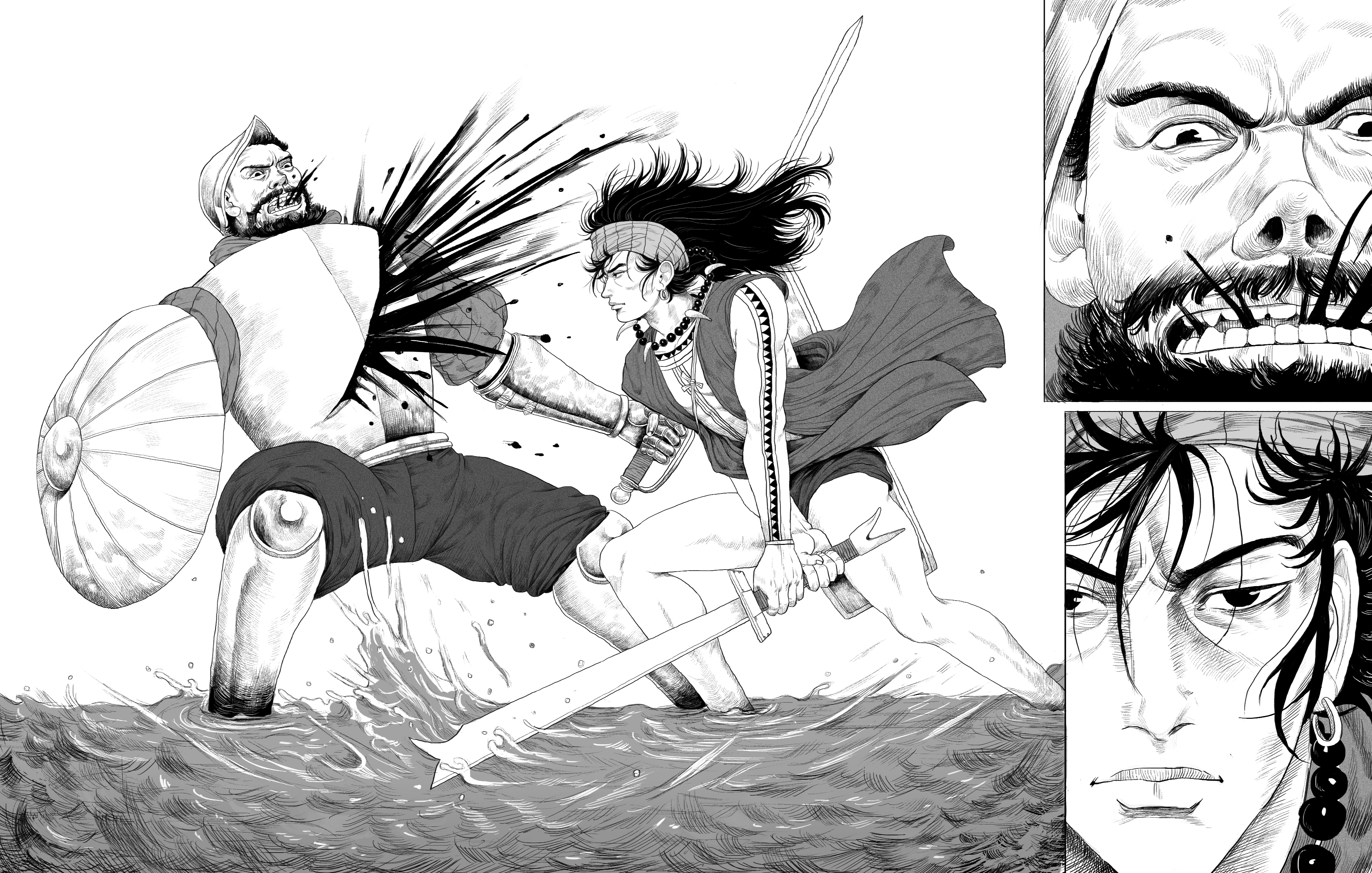 Ang astig maman nito tol!... But I still have criticisms:

1. Swords can't cut through armour. It's art thought, so it's not that important.

2. Magellan's cuirass goes too far down his torso. Hard cuirasses terminate at the upper waist while faulds and tassets attached to it protect the waist and hips. This gives the wearer mobility.

3. Lapu-lapu should also be wearing armour. He's a lord FCOL, he would be able to afford armour. It would look something like Stanis Baratheon's armour in HBO's Game of Thrones. It's called "plated mail" in modern vernacular.

4. It might just be your style but Lapu-lapu looks way too young. He looks like a teenager. Maybe age his face a little, give him some facial hair... etc. He was lord of Mactan, make him look the part.

There are other small things that could have been included which were symbolic and culturally important like Lapu-lapu's kalasag, which would have been quite colourful and symbolically decorated. A kris/kalis or some other short sword, which were popular with the pre-colonial nobility and were decorated to show wealth and status. Patok/tatoos which had spiritual significance and could show a person's accomplishments, experiences, and their role in society.

The piece is otherwise good. Lapu-lapu's headband and jewelry are pretty spot on. His kampilan's hilt is too long but it still looks right. Magellan's morion helm, rotella, greaves, and sidesword seem to be relatively ok.

Truly love the art and all that, but if thats suppose to be Lapu-Lapu and Magellan, it was not really said that two confronted each other directly

good to hear i was specifically aiming for that haha

Amazing! I love the way you drew the cool guy's hair 😁