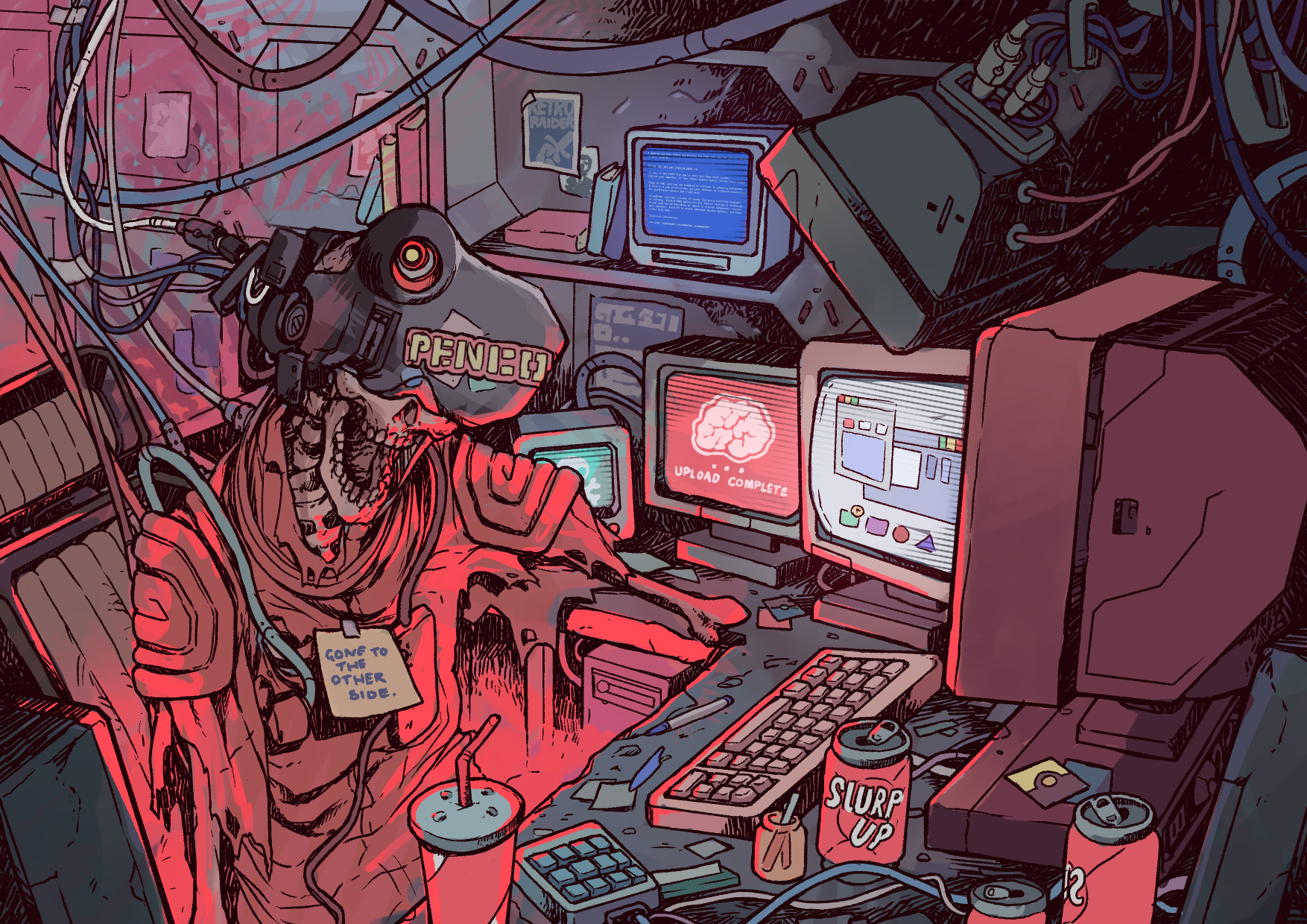 GONE TO THE OTHER SIDE

gone to the other side, be back in a few

reminds me of "the dream" from thee oh sees

reminds me about that one anime called "A Wind Named Amnesia" It was a 1993 movie anime how a wind turned everyones mind back into the stone age causing everyone to act savagery and dangerous behavior. There was a pilot inside of a machine and since he was affected by the Amnesia effect, he didn't know how to get out of the machine, thus starving to death and all that remains was him as a skeleton while the machine was on auto pilot. Really cool stuff

Reminds me of the old days of Win98 and Floppy Disks and the CD-ROMs we used to have.
I wonder what this fellow's story is? Did the world end and prevent their return, or was it always meant to be this way? Some questions don't need answering, the mystery is a wonder all to itself.