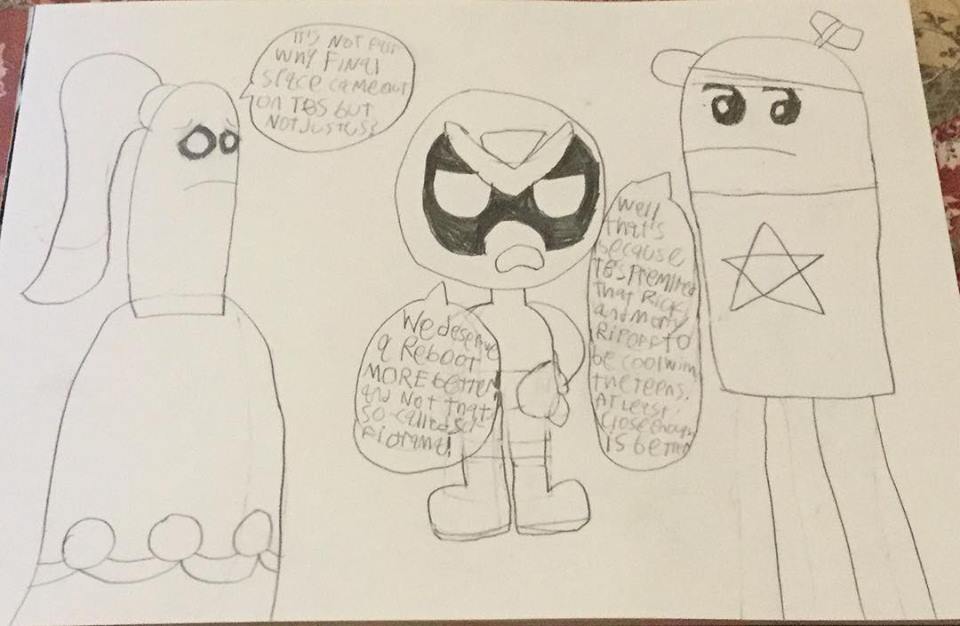 (RANT WARNING!!! Please respect my opinion and I'll respect yours)

Eversince Final Space premiered on TBS in 2018...Everyone like this show...
But to me, I think it's a Rick and Morty and Futurama ripoff (Don't Blame Me or Vailskibum94!).

Yeah...Homestar Runner is the BEST cartoon and it should get more love than Final Space,
and I think Final Space is not my cup of tea and this Sci-Fi Drama is trying to make every teenager cool and hip, It's like Today's Nickelodeon all over again!

What I think of Final Space? It's too boring for me, The characters are not interesting but their voices are good, the background designs are amazing,
The plot really ripoff'd Futurama, and worst of all....The Protagonist Gary Goodspeed looks like Joel from Mystery Science Theater 3000 (Which is one of my favorite Live Action characters).

Marzipan: It's not fair why Final Space came out on TBS but not just us?
Homestar Runner: Well that's because TBS premiered that Rick and Morty ripoff to be cool with the teens, At least Close Enough is better.
Strong Bad: We deserve a reboot MORE better! and not that So-Called Sci-Fi Drama!