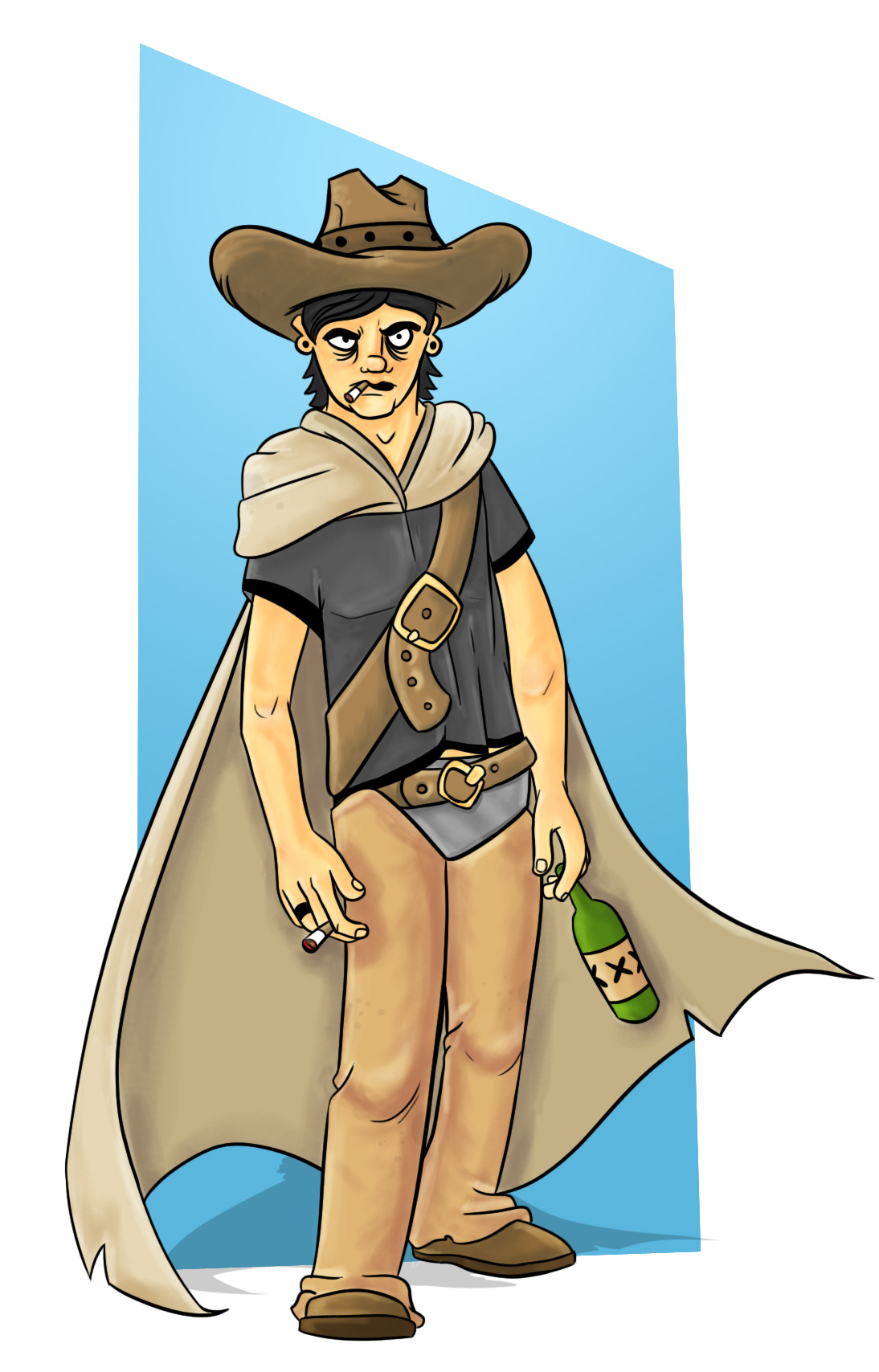 If booze won't make me great, I'll chain smoke till I die.

Why bother with the two cigarettes? Was this an oversight, during drafting, or just something that you did intentionally? If so, he's a poor, wasteful smoker, smoking faster than he can take in. He'd be better lighting his second with the remnants of the first. I'd have also had him with a firmer grip on the neck of the bottle, in case he drops it. Alcoholics are usually quite careful over their possession of booze - it's a characteristic of theirs.

Little details have been missed here, such as the line separating the brim of the hat from the band - it looks like the bottom of the brim merges just under the band. I would have made that go in front of the brim slightly, just to get it looking better.

Finally, the background. As I've said in previous reviews, I'm an all-or-nothing guy, Give me a full background, not some generic "magazine photo shoot" background, which looks awful. Put him in a wild west scene, with cacti, horses, a few roughly erected buildings and make it look like he belongs there, not on the cover of "what cow" magazine.