For the month of January we have disabled ads on all E-M content. We need 198 people to reach our January goal of 3,000 active supporters. If we hit that, we'll continue with a new goal in February! 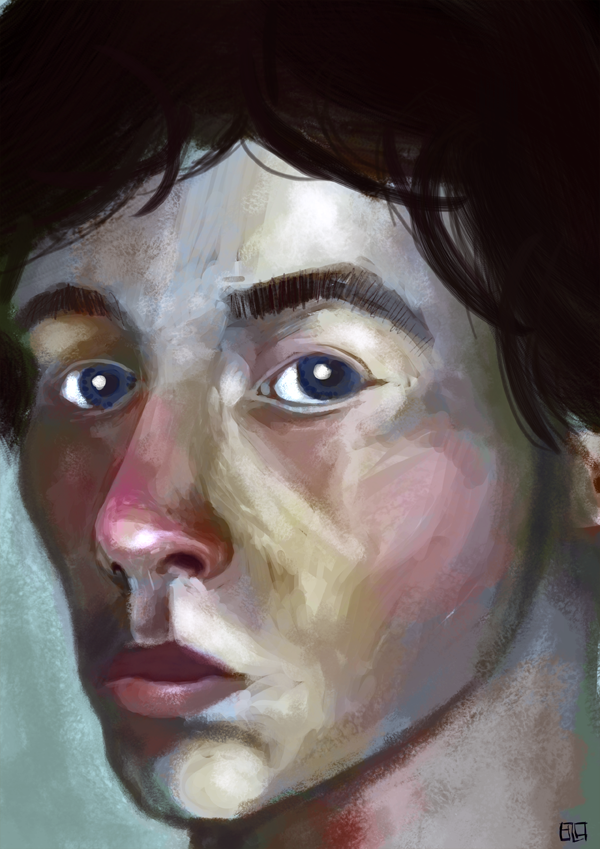 Just practice.
Photoshop and a mirror.

Heya .... just a suggestion that you might like.... if you use the pressure sensitivity setting on your tablet - you can get smoother brush strokes that blend better. Less is more with faces..... try not to add pores willy-nilly (if you want a photo realism piece)....and with the lips..... dont forget the little groves/ridges lips have for that extra detail....but not too much or the realism will get taken away :) ......and eyebrows..... dont paint idividual lines.... if you look at eyebrows, the hairs flow more organically rather than vertical lines................other than that, just keep practicing :)

I like the fixed jaw, which is equally shaped on both sides, rather than one (like a McCain look).The nose is good, as well as the hair.

I don't like the philtrum - It seems to be too 'drooped', or hangin' low. Bring the lips
up a little, maybe leave the chin because it looks good. The left eye bothers me somewhat, but I suppose it's the angle in which the face is placed. And the last thing is the eyebrows.. Too clear on each particular hair, but I guess that's just me.

--- I understand it's practice, but I think everyone should get a little criticism! :D

Thanks! Practice is all about criticism.