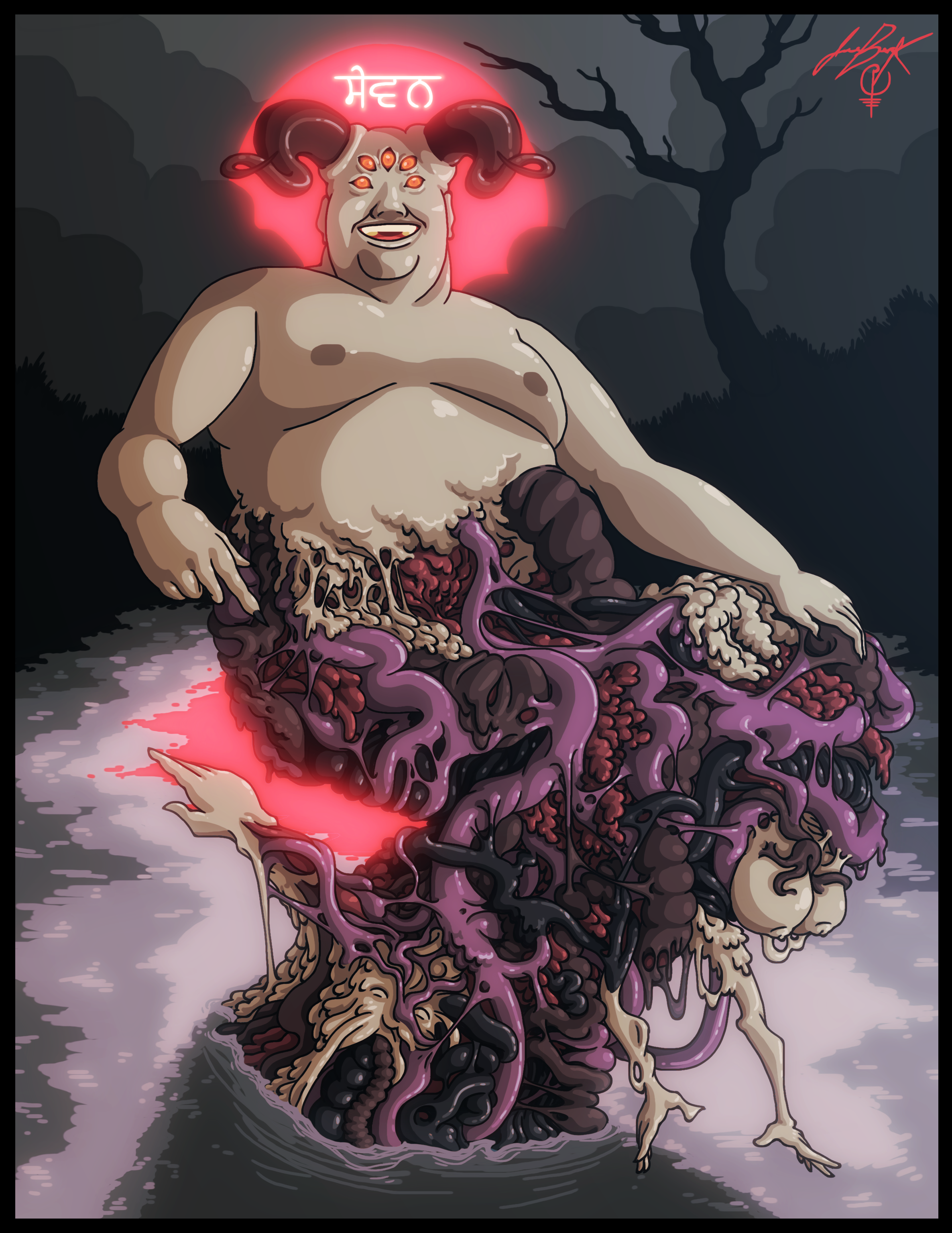 Thank you so much!

That Word at the top looks like a "PUNJABI word "!
Well Awesome Shading , The Red Glow and That killer expression !
Loved it dude !

Somehow putting another language as a headpiece ties a drawing together, even if the translation isn't 100% right or even at all, at least it looks interesting haha.
Google Translate tells me it means "Consumption," whether it does or not would have to be up to someone who reads that language to decipher.

not sure what im looking at but i get the sence that it is atleast humaniod...-ish..

anyways, i like you're sence of detail on the macabre parts, i really think abstract(or something similar) is right up you'r ally, the light and shadow were excelent on that, but you need more training on the bodies. the light effect on the demon seem to be alil off, even tho i can't really put my finger on what, but i think some of them don't belong that close to the shadow and were too much spret out. and the contrast between shadow and lighter area on the demon was pretty hard and should have been more subtle.

as for the ground, im not really sure what it is.. if its grass or water or a hill cliff.. the effct around the gut sticking up from the ground says water, but the background edges sais hill cliff.. as for some of the light detail sais grass, i just can't make up my mind. another thing is that i can't seem to figure if the demon is sitting or standing with his.. gut.. thing.. i think its the blood in the back of him that is just confusing me.

the clouds could have used more light/shadow effect since it is close to the red moon and i like the shape of the tree, but i find it wierd that none of the grass in the background by the tree and the tree itself is effected by the light in any way. still, love the work you did with the guts. i know that is what you wanted to point out, but sometime you just gotta work on the whole picture as if you wanted to slap someone hard with the picture instead of just hanging it on the wall :P