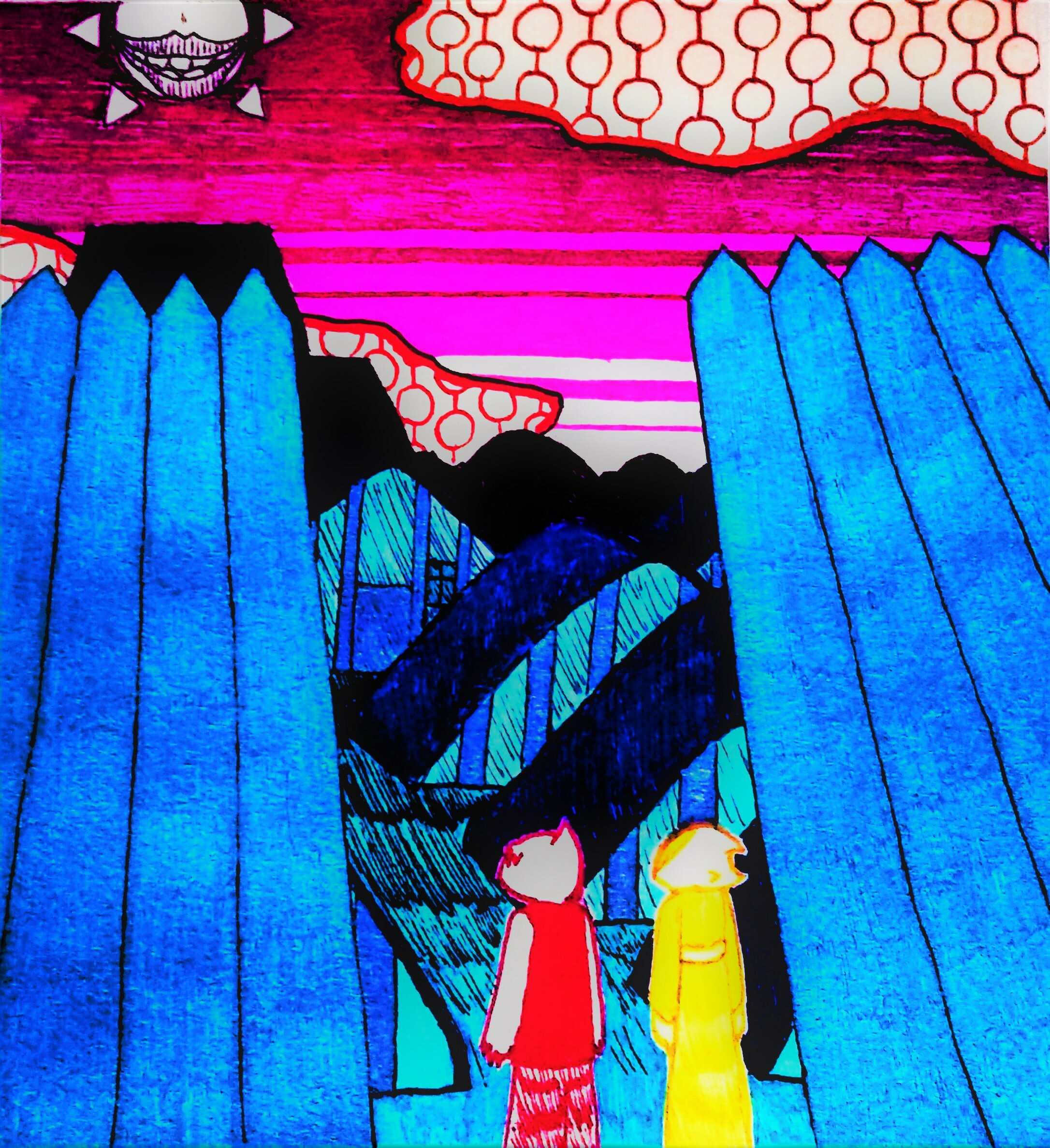 After another ten minutes, Kolnuo began to notice a few familiar land marks which indicated to him that they were probably drawing closer to their destination.

Really, they weren't the type of things most people would notice if they weren't familiar with the area - the odd shape of a tree trunk here, a distinctive patch of Haz berry bushes there, that sorta thing - and with the realization that they were drawing near, Kolnuo also made another small realization.

Kolnuo didn't really know anything about Cole, aside from their generally... outgoing disposition.

This entire time, Cole had used his words to keep everyone else on the backfoot. Whether it was the motormouth barrage from when the priest's first encountered him earlier that day, or just now when Kolnuo had been pelted with question after question.

'But is it intentional, or are they just eager and curious?' Kolnuo thought to himself.

Once a lull had formed in the conversation, and once Kolnuo was fairly certain they were only five or so minutes away from Woodside, he decided to turn the tables and ask a question of his own.

Cole looked at him with a raised brow, and said, "Yeah?"

"You've asked me plenty of questions. I think I've given plenty of answers, no?" Kolnuo continued.

Cole smirked. "You got a question, don'cha?" he said, fairly certain he already knew the answer.

Kolnuo simply nodded, and after a moment of consideration, asked his question.

"Why'd you come all the way up here?" Kolnuo asked.

That was one thing that had niggled at the back of Kolnuo's mind - why? Cole said that this place was mythical, sure, but he also said this climb was dangerous.

'He's the only one who made it,' he thought to himself, as Cole paused at the question.

After a moment of uncharacteristic silence, Cole sighed.

Kolnuo raised his brow, before Cole continued, "I didn't do anything bad. It's not my fault. Some people just... don't make it, y'know?"

With that, a picture started coming together in Kolnuo's mind. 'Some people don't make it, some stuff went down, mythical place, deadly climb...'

And while Kolnuo didn't feel like he had the whole picture, he did feel like whatever the possibilities were narrowed down to, this kid was probably in a bad way - at least, more so than he let on.

"Okay, alright... I get it," Kolnuo said, before continuing, "Sorry for what happened - whatever it was."

Cole simply nodded, as they both stepped over a fallen tree.

"Tell you what," Kolnuo started, as Cole and him stepped out onto a sun illuminated path from within the forest.

"I'll hook you up with somewhere to stay for a few days, and we'll get you on your way, alright?" Kolnuo said.

As that agreement came to be reached, Cole realized that he could see past the trees a massive... wall of wood.

Each plank seemed massive, and were spike-topped. He could hear the sounds of Anar, and he could smell forestry give way to a more... well, he couldn't describe it, but the smell was almost lived-in, in some sense.

"Glad you're on board," Kolnuo said, "Because we're here."

Before Cole and Kolnuo, stood the elite priest settlement...