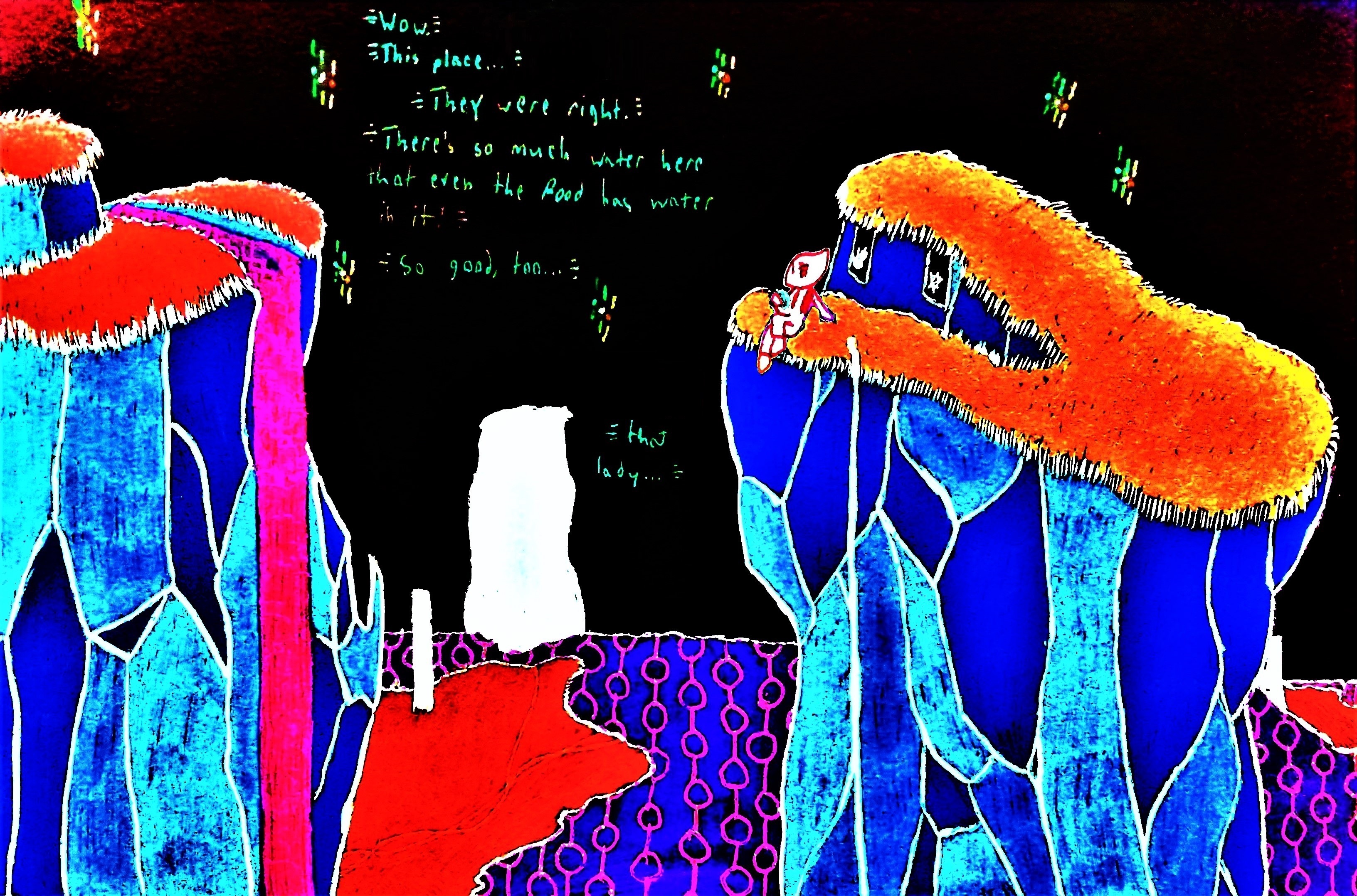 "There's so much water here, even the food has water in it!"

Cole wasn't sure when he reached the top of the mountain. To be quite frank, when his feet had touched the top it was as though he had awoken from a nap.

He wasn't really sure what to make of this, so he opted to resort to his old standby - positive thinking.

"Guess I'm even better at climbing than I thought!"

Cole gently lowered the bag down against the wall of the raised portion of the mountaintop. He was careful to not drop it, so as not to damage the supposedly juiceful niser fruits therein.

Then, he reached into the bag of net. His hands felt an ever so slightly oily... skin, or rind of some kind. He wasn't too sure, honestly, since he'd never encountered a fruit before.

After finding one which called out to him more than the rest, he grabbed it and went to sit on the edge of the mountaintop.

It was bright cyan, with a waxy sheen. While Cole did not have a frame of reference, the skin would be comparable in texture to a citrus fruit of some variety.

With no real clue as to what to do, Cole simply took a bite of the fruit with the rind on.

At first, he tasted a bitter dryness, but soon it was overtaken by juice and tang. The flesh was tender, and radiated a much deeper blue. There was a subtle tingle of spice in the nostrils, and the taste was ultimately bright and refreshing.

He'd never tasted anything like it. It was beautiful and delicious!

I dig the concept's surreal and psychedelic nature. It's not the prettiest thing i've looked at but i like the otherworldy world building like stepping into another dimension on LSD. Cool work!