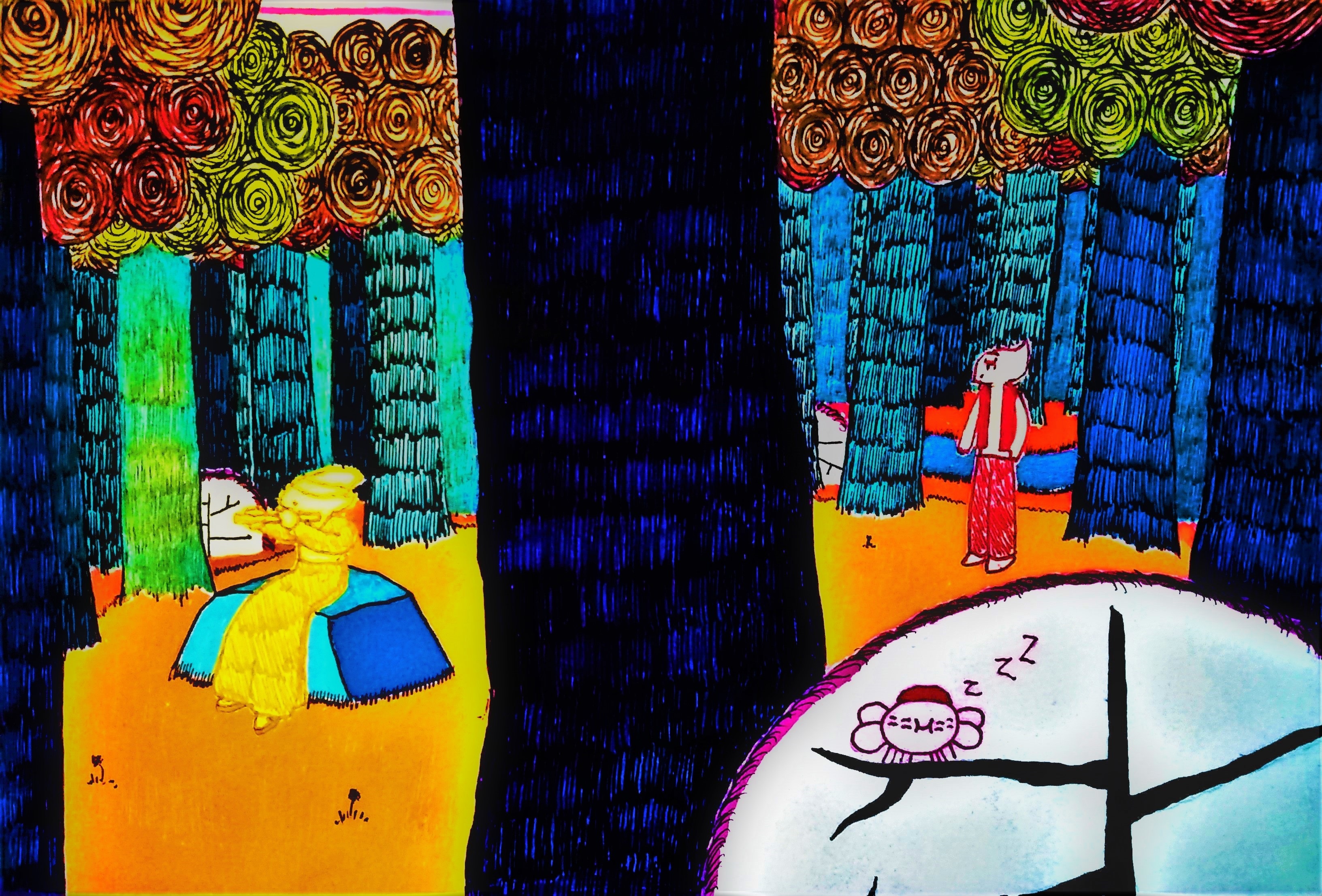 Cole wasn't sure what to do, as he stood in the center of the crossroads.

He had spent plenty of time exploring the unknown on his own up to this point...

... it just didn't feel right to leave Gadriel behind.

As much as Cole would like to continue in order to fill out his mental list of mythical items, he didn't want to leave behind the little feathered serpent.

At least, not with people he didn't know. Cole knew that he was cool with the little creature - but how these guys would handle him? That he wasn't too sure about.

And so, with a shake of his head and a soft sigh, Cole turned around. He put one foot in front of the other, and went back the way he came.

Or, at least, he attempted to.

His path up to this point hadn't exactly been a straight one, in actuality. There had been a few absentminded turns of exploration - and it appeared that he had zigged when he should have zagged, as Cole found himself becoming more and more lost.

The trees seemed to tower over Cole in a different way then before. They loomed over the young bandit, making him feel small in forest that was so, so big.

'Think positive - if I can just find someone else, like maybe one of those priest guys... that could help. Probably,' Cole thought to himself, as he passed by tree after marginally different tree.

All that Cole could hear were the soft sounds of rustling leaves, the occasional calls of distant birds and insects, and...

Cole tilted his head slightly in order to listen more closely to his soundscape.

Carried on the edge of the wind's grace was the sound of... a melody?

The sound was soft, airy, and pleasant. It was a relaxing sound, and from it came an interesting melody. It was catchy, to some extant, but still somewhat reserved.

Cole felt a small amount of hope spark into him. After all, where there was music, there were Anar to play it - though he hadn't before heard an instrument quite like it.

With this idea in mind, Cole changed his trajectory to follow the sound. He turned a a little to his left, and followed the melody.

As it so happened, the direction of the melody seemed to roughly line up with the shine of the sun. Even though he had to leave the beaten path, he followed the sun past trees, bushes, arachgnats, and leaves.

Eventually, he came across another section of path - literally having burst from the foliage.

Across the path, past an incredibly thin layer of trees, sat an Anar - and judging by the robe, probably another one of the priests.

Cole kept quiet as he observed Kolnuo. Kolnuo, for his part, didn't seem to notice - he just played his song on his flute, appearing completely unaware to Cole's eyes.

Kolnuo just smirked as he played. He had a feeling that Cole would interrupt pretty soon.