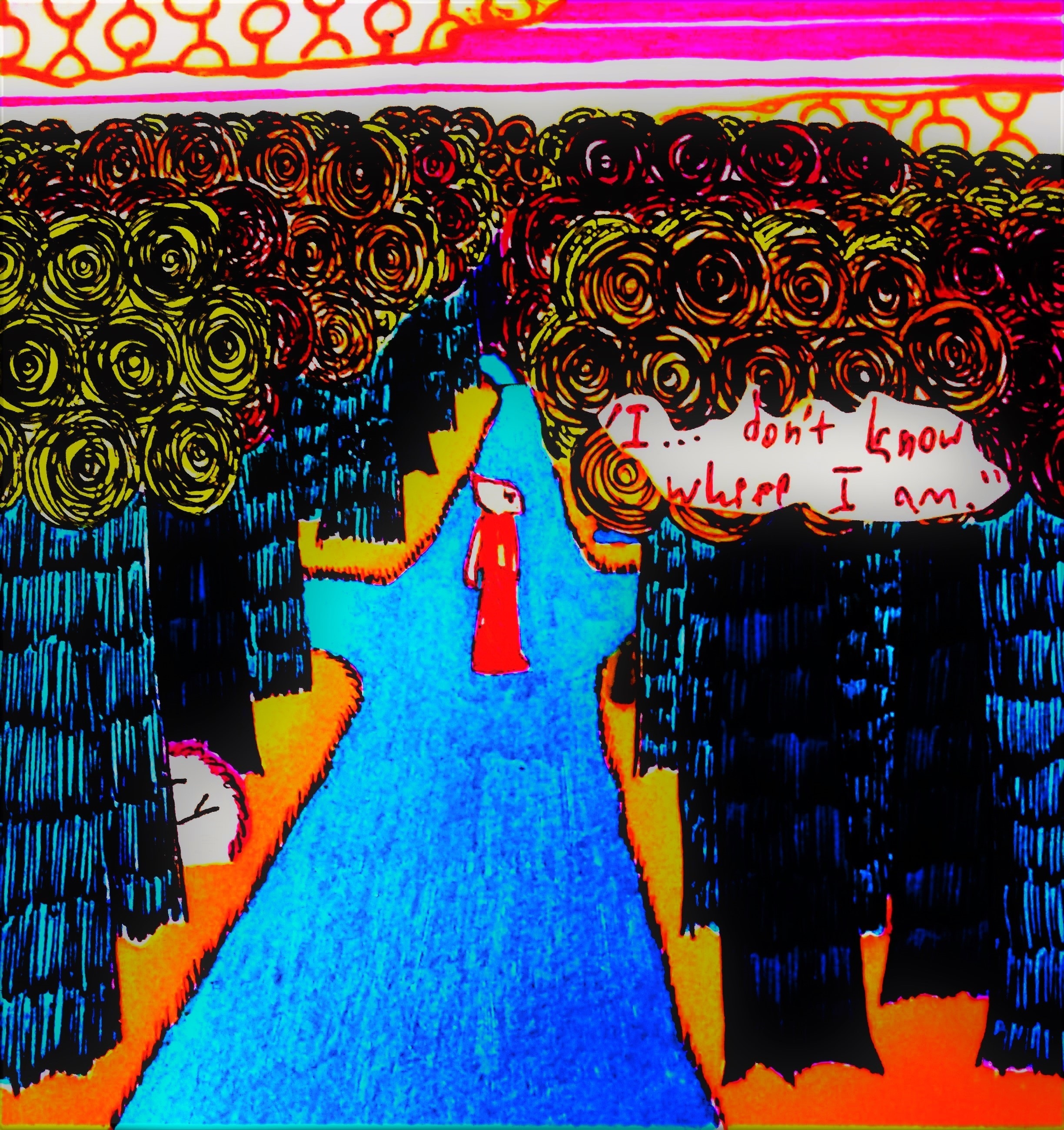 'Alright!' Cole thought to himself as he walked away from the strange triangular home of the face-glassed priest.

The soft thumping of his erng hide shoes against the stamped ground of the paths within the forest provided a rhythmic backdrop to his continuing morning.

To be honest, Cole's third day on the plateau was - so far - incredibly eventful. Heck, even last night too!

'I mean jeez, an ancient civilization, a whole new group of people, new species, trees, water, fruit,' Cole thought, whilst the sun shone down on him.

As Cole passed by tree after tree within the vast expanse of the forest, he felt a soft cool breeze across his face.

'I mean, no fish, but at this rate? Who knows!' Cole proclaimed within the confines of his own skull.

He was, of course, unaware as to his invisible hangers-on. In truth, only Lady Zazunue and Kolnuo had kept following him - Ozashue and Inanuo both had things to take care of within their respective quadrants.

Cole kept walking though, and didn't stop for about fifteen minutes. It soon became apparent though, as the sounds of the Twin Currents faded and the buzz of forest life kicked in, that he had become - in a word - lost.

'I... don't know where I am,' Cole thought to himself, as he came to yet another crossroads.

Truth be told, if it weren't for the change in soundscape, he would have figured that he'd been going in circles.

As Cole stood there - uncertain as to where to go next, and not wanting to go too far for fear of leaving Gadriel behind - one of the two priests decided to take mercy on Cole.

After a small amount of conferring, they contrived a scenario to lead the very lost - and so far nonthreatening Cole - back to Woodside.

With that plan in mind, Kolnuo set out to his position, unbeknownst to Cole.