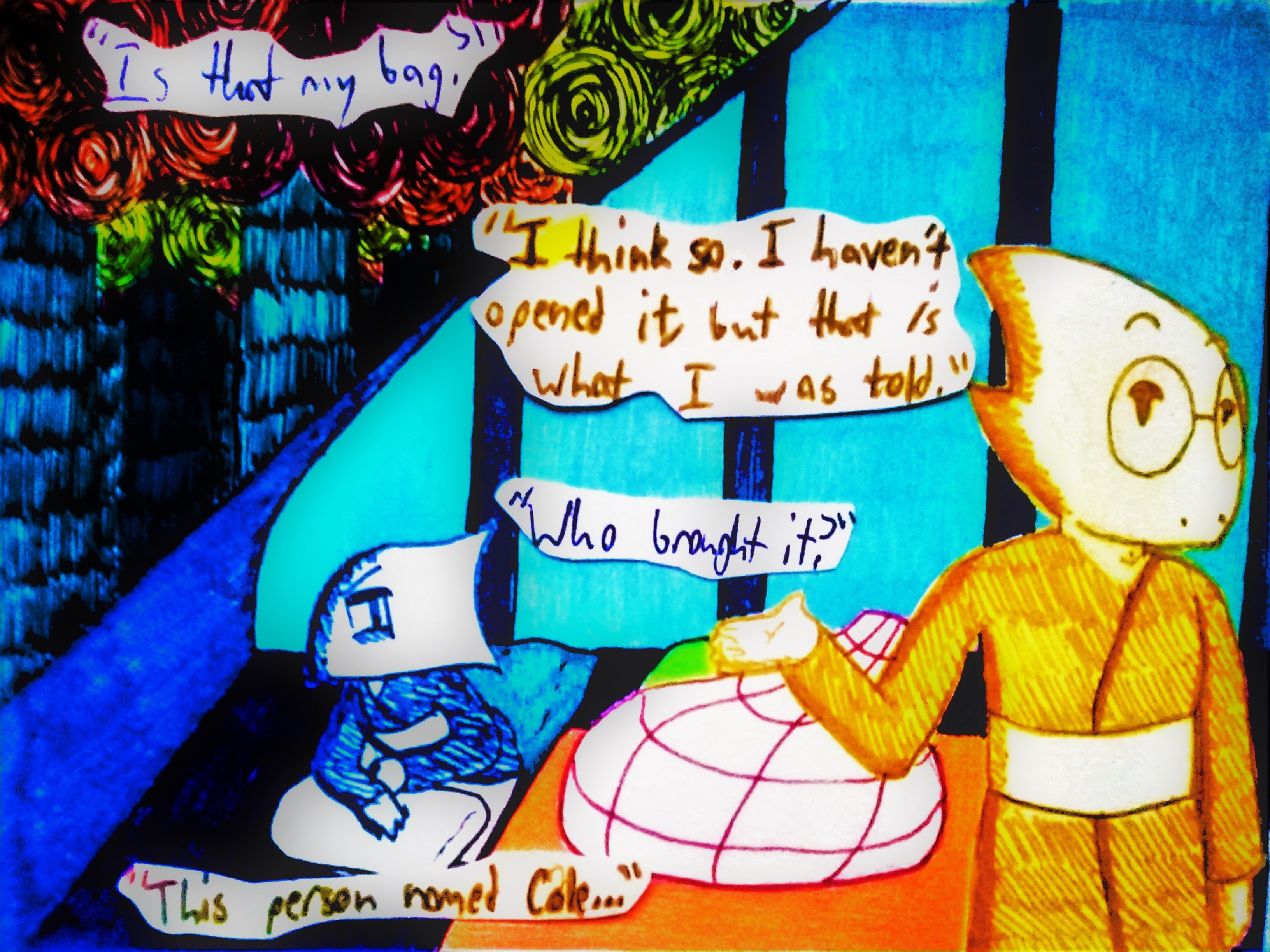 Azuo watched Cole walk back to the main path as the soft sound of a subtle breeze blew through the leaves in the trees.

He wasn't quite sure what to make of Cole. The Anar dressed strangely, talked with a strange dialect, and appeared under strange circumstances - a stranger stranger he'd not yet met.

As Azuo closed the door behind him, however, he elected to reserve judgement for the time being. After all, Cole had returned the fruit bag to Inue and himself - Azuo figured he may as well be thankful.

Azuo approached the small table in the center of the room. He looked at all the tea paraphernalia on the table, and realized that it'd probably be best if he put those things away.

Carefully, he lowered the fruit bag onto the ground, before he delicately picked up his cup and his pot and put them on the shelf. Then, he turned his attention back to the sack, and grabbed it as he heard the sounds of rustling from the corner of the room.

Glancing over, Azuo put down the fruit bag on the table as he spotted the form of Inue shifting in her cot - no doubt roused from her slumber.

"Morning," Azuo said as Inue pushed herself up and looked at him with bleary eyes.

Inue blinked rapidly for a moment to focus her vision on her older brother. Her eyes, however, were soon drawn to the bag on the table - and her brows furrowed.

"Is that my bag?" Inue asked as her arms dug into her pillow.

Azuo looked at her, then the bag, and replied, "I think so. I haven't opened it, but that is what I was told."

Inue scrunched her face and shook her head for a moment. That the very thing that had caused her so much trouble the night before was sitting on their table the morning after conjured some very mixed feelings within Inue.

"Who brought it?" she asked, befuddled.

In response, her brother simply shrugged and replied, "This person named 'Cole' did just now - you just barely missed him, actually."

The name rang oddly to Inue's mind - it didn't have a masculine or feminine ending, which was incredibly strange. Just... Cole? Not Kolnuo or Kolnue?

Inue shook her head at the unimportant line of internal questioning, however, and asked, "Did... they say anything?"

Azuo paused for a moment, and put their hand to their beak. After a second, he responded, "Something about an 'Explorer's Code,' or... something to that effect. They were an odd one."

Inue found herself in agreement with her older brother - an odd one indeed.

"I'm going to go out to get some materials - do you need anything?" Azuo asked as he approached the door again.

For a moment, Inue thought about it, before she simply replied, "No - but if you run into that stranger again, do try to learn about them. They seem..."

Inue semi-shrugged, as she still held her upper body up with her elbows. "Sure," she replied.

Little did she know.