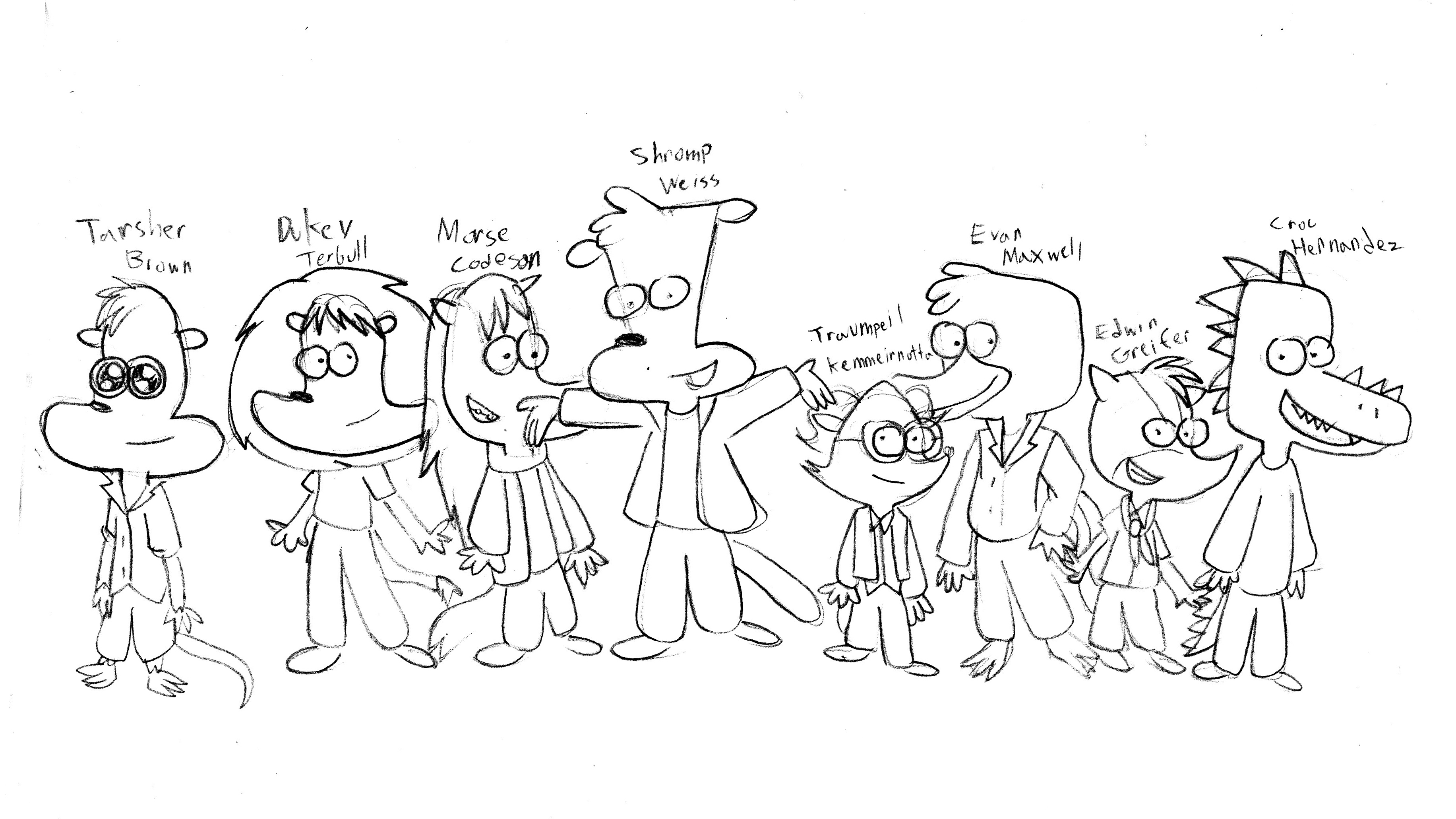 Original concept sketches of the Blue Ferret Kids which was drawn back in 2013, though the last three were done in 2019.

Cody Morsel's name was originally Morse Codeson though I decided to switch the initials as it sounded too obvious.

On the other hand Evangeline was originally a different character and was considered the female counterpart of Evan (much like Cherry before Shromp got scrapped off from the final lineup).