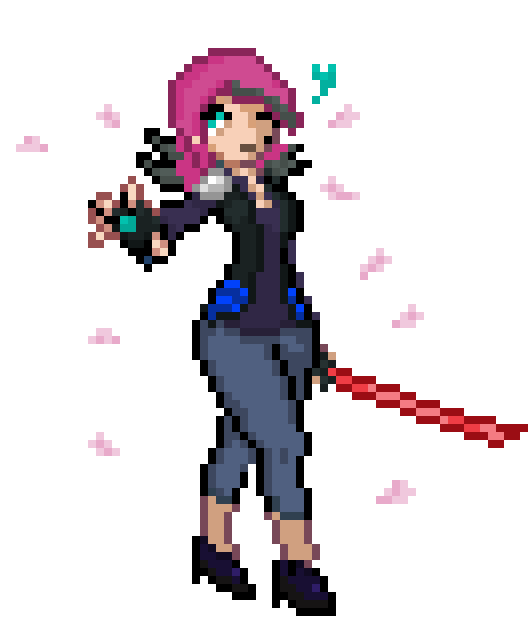 Ivy is the 4th Iteration of Guardian within the reformed timeline of New Paradis.

she bears the Soul of HOPE. she is the reason New Paradis exists in the first place saving Flame from Freewill's curse amd merging the once two split timelines of Paradigm and Multis back into one.

Daughter of Simmer and Dark Murdrestar she's the first half Human and shadow hybrid but also the first Murdrestar as Guardian and first Shadow to become Guardian. Something once thought could never happened.

She's a Guardian who is in essence of the Gray aspect on life. she was under the teachings and guidance of the once original FREEWILL curse bearer Luna Valor. The Human who was once originally supposed to be the third guardian but Flame unintentionally took the life of and sacrficed/redeemed for. As a child Ironically enough even before Flame was officially the 3rd Guardian when she was a Newborn child. the Neo Goddess of Shadows Essentia had blessed her full well knowing that despite the darker aspects she bears something more worthy than a world ruled in either Darkness or Light. Something that Essentia was known for. Changing the way Evil is viewed /done compared to her predecessor Makua who ruled a world in utter shadows

Her weapon of choice is the family heirloom the sword known by the Shadows as "The Red Crescent" Hence the red blade and the moon shaped hilt it bears which was passed down by generations of Murdrestars from Nitsua to Dark to Ivy. She does in fact use the Aether Temporia Device Just like Flame had when he was once been guardian to travel between realms places timelines etc using the light that bears in her soul.

Ivy unlike Flame isn't cocky but very calm and serious. people often can't tell when she's being stern giving the nature of how calm and soothing her voice is. But despite this her close friends know that she means business when the time is given.