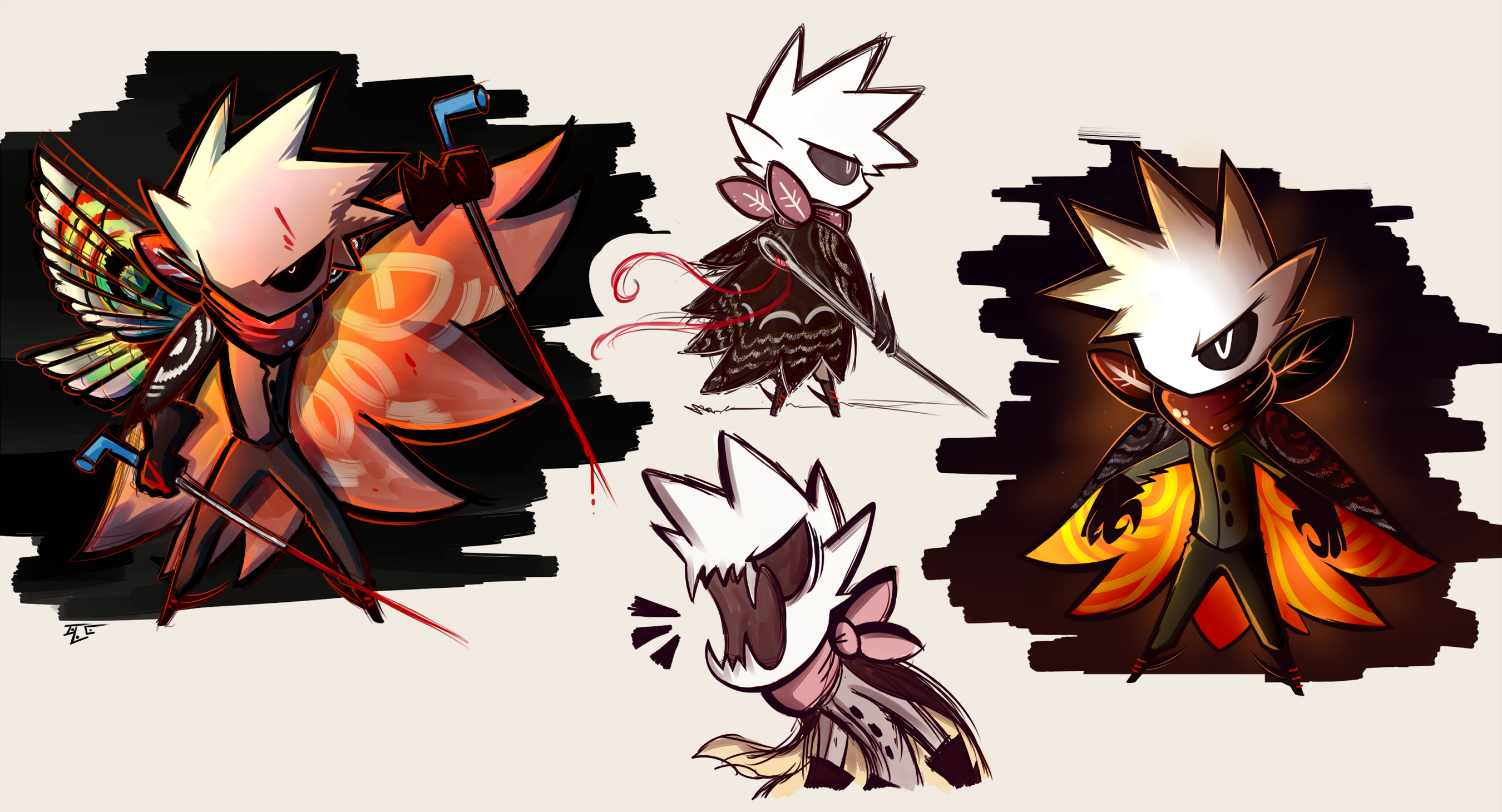 Last week we finished a short dnd campaign, so we'll start another one that will be longer but with new characters. I decided to take an oc that I was working on, refined his design and finally gave him a name.

Little guy is called Vincent and he's a fairy fighter, he comes from a village of fae that kinda works like a bee or ant colony, he travels to gain riches for himself and his village. I took inspiration in orchid mantises and other cool bugs.

He's really small but I made his build to be tanky, it'll be pretty fun to slay enemies with him >:D