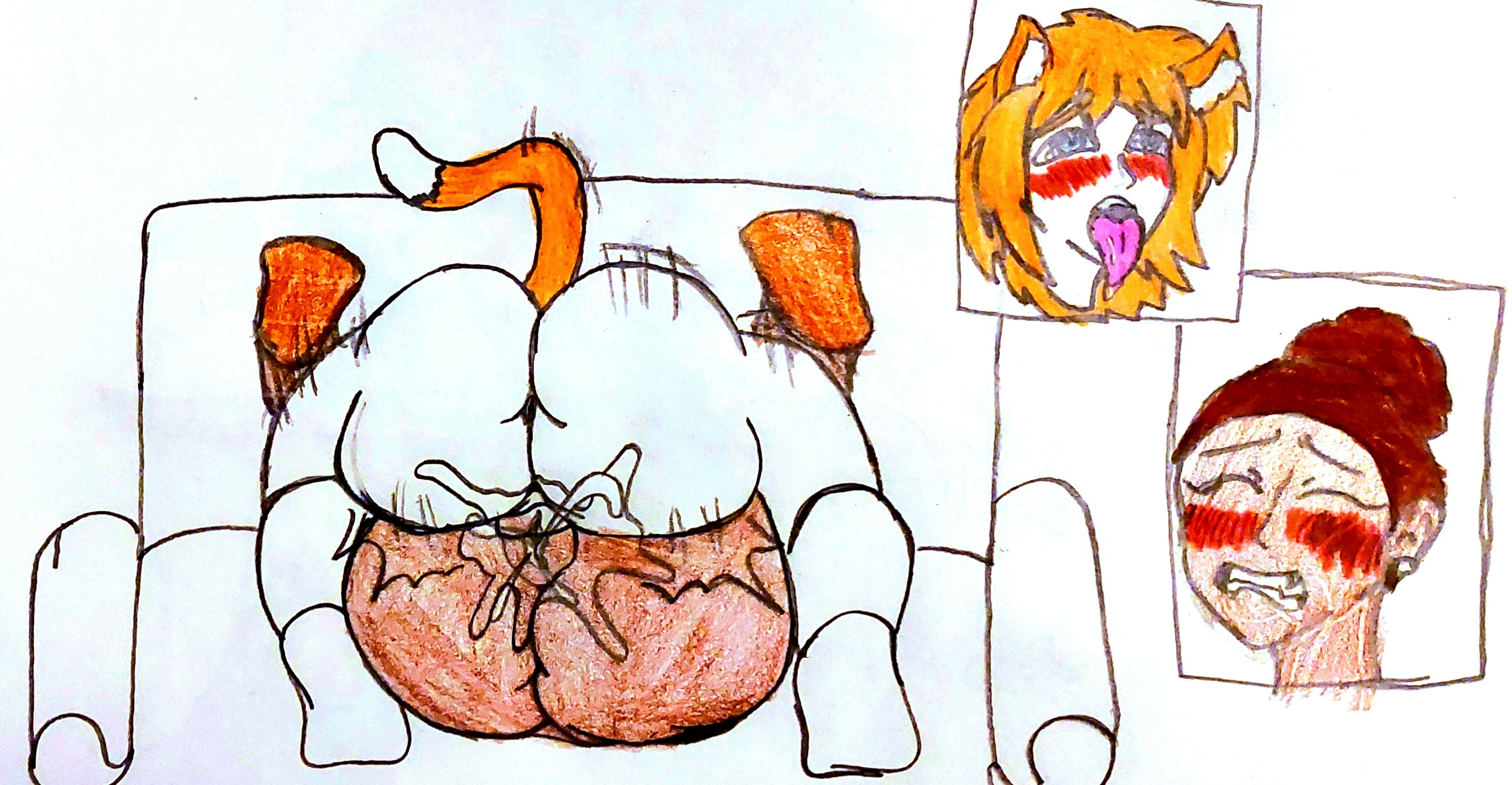 Welp, might as well put a story with this to add to my own cringe and pleasure—

All Characters are above 18 and/or Older

when Elliot Myers took in the Catgirl, she thought she was living in an Anime...

Obviously since she was a weeb- but she was so focused on having her own catgirl...probably the only one in existence she didn't think of the...practicality of keeping a Cat Girl.

Sure they've had messes and standard butting heads as all roommates do...

But what she didn't take into account was one thing.

her cat girl roommate yelled out, rubbing her breasts at first what she thought was an itch turned out to be...scratching another type of itch...

Elliot should have prepared.

"Where are you feeling this heat?"

The blush and steam rose up off her cheeks as Elliot sighed.

"I guess they didn't think this through- Rudy you're uh...experiencing something every young woman goes through, it's basically..."

Rudy sat there innocently, ears red now as she tilted her head, panting gently as Elliot found it hard to find the words now.

"you're going through something natural where it's time for a Girl to find a Guy and...hang out...alot...in a very l-loving...manner."

Elliot sighed...she knew about average cat behaviors, she'll be like this for a long time, and now that she knows she needs a guy she... she can't let her get taken advantage of out there.

"Elliot...please, I've been like this for two days...if all I need to d-do is hang out with a guy I gotta try."

Rudy sniffled, obviously the Heat was getting bad, as Elliot thought it over in her mind over and over...

She decided, she needed to get Rudy over her heat, even though they both like Guys...I mean, Chassy is another thing- but this was going to be...necessary.

Elliot sighed, Rudy was confused but she did as told, sitting down and facing Elliot...

Elliot walked over, and got down on one knee.

"...I promise I'll make this special for you Rudy."

and their lips meet, Rudy's arms instantly wrapping around Elliot as her cat tail wagged and shook uncontrollably as Elliot reached up under Rudy's shirt, her fingertips brushing against Rudy's pale skin, causing the neko to shiver and moan as the two gently lay against the couch, Elliot using her hands to reach up under the catgirls shirt and lifting it up, exposing her pale white breasts and pretty pink nipples as Elliot gently pressed her thumbs against her petite breasts.

Elliot promised as she resumed her gentle kisses which were met by her roommates hungry desperate kisses, showing she was more then sensitive and clueless, she was extremely...extremely desperate.

With one hand gently gliding down, brushing against Rudy's midriff and belly, causing more moans and whines, she gently pulled down the cat girls pants, which was reacted to with the neko's tail wrapping around her wrist...but not to stop her, it shook and gently rubbed her wrist...

Before Elliot fully pulled down both her panties and pants.

It eventually spiraled into the picture above.

Rudy lost control of her instincts and mounted her caretaker as her hungry desperate pussy smashed against her "masters" pussy.

This...innapropriate behavior would continue for the whole week where the two had to call in sick for work...

It was now Elliots duty to take care of her catgirls heat.

But sometimes...she wonders if Rudy is sometimes faking it...but hey, she isn't complaining herself either.