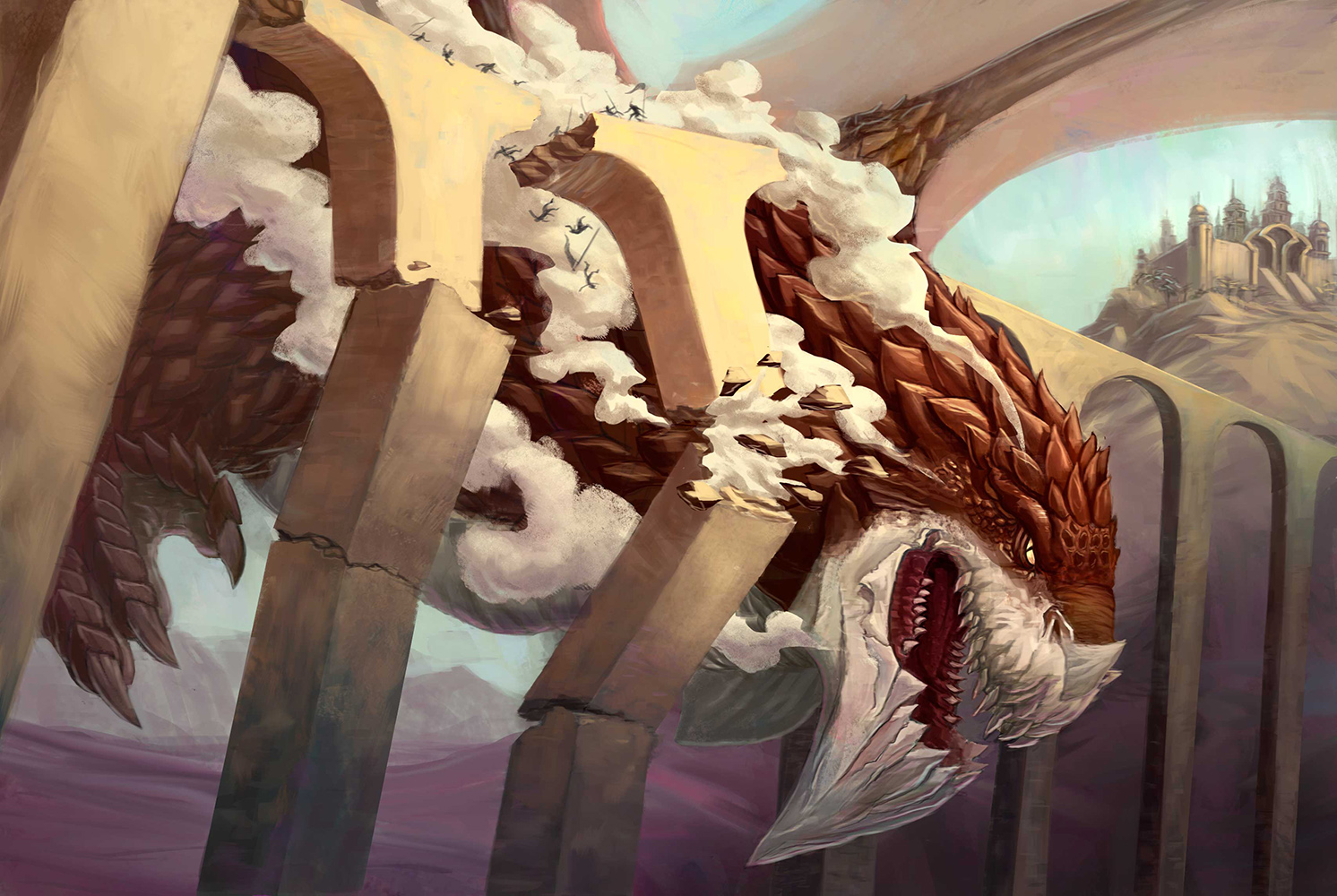 Hey! So long without posting... Among other non art related things, I’ve been working on another of these fake assignments, where I search for an art description of a MTG card and try to do my best. This one is Shieldhide Dragon, by Chris Rallis. After completing this exercises, I look up the originals and, oh man, what a smack in my tiny little artist ego!

My eyes widened as I opened this image and when I clicked the highres my jaw dropped a little! The impact of the hit on the bridge is just amazing! So is the perspective, angle and composition of the piece. I also like the color palette and the artistic style, reminds me a little of the older animated comics like Asterix and Obelix if you've seen it?

I read your description and don't know the reference so I'll just stick to this being mostly your own creation and then I must commend the dragon design. It looks really fierce and with the colorchoice and the design of the scales it looks like a really tough dragon, i.e. hard scaled creature. This adds to the image as the crash looks intentional, as this is something it intended to do rather as a fluke. That gives the dragon intelligence and paints a whole story almost that it is attacking the city deliberately and not just for the sake of attacking it. Very cool. The little people falling of the bridge are also a nice touch and their poses are great. I can almost hear the screams as they fall.

My main critism is the dragons right arm that has lost a bit of sharpness and saturation, which might have been intentional to push it into the background, but I think a bit too much has been lost and would have liked to have seen it be a bit sharper but perhaps with the same saturation. My second little querk is the wing up to the right which I don't quite understand how we can see the wing both infront and behind the "leg" for the lack of a better word. However, these are nitpicks as the image overall is just... striking to look at. Great wok :)

Thanks for the critique! You are totally right about that arm. Went to far with the atmospheric perspective thing. Bout the wing, I did not managed to make it read properly now that you mention it. Searching for reference of that species of dragons, they have the wing's membrane both over and under the "arm" thingy. But I guess that if you don's show the tip of the wing, or at least a big part of it, it looks confusing.