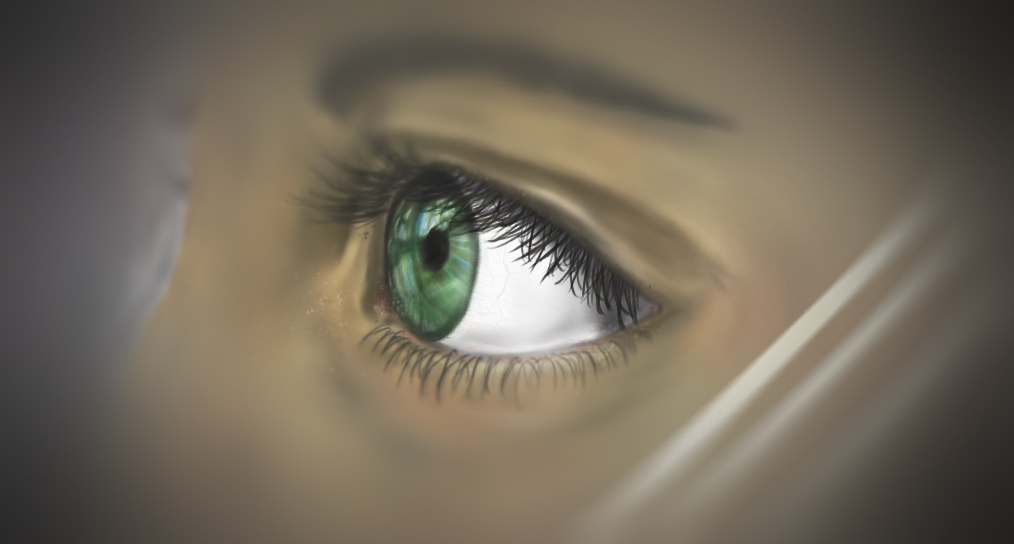 Dude don't listen to that one guy. This is really good man.

lame, dude!
the eye concept is the least original one of ALL!!!!!
-3 for the idea, -5 for the LAME title. Show it to your girlfirend, tell her she inspires you and make her wet. that's all this piece of 'art' can do.

lame, dude!
you're review concept is the least original one of ALL!!!!!
-3 for the idea, -5 for the LAME title. Show it to your mom, tell her she inspires you and make her wet. that's all this piece of 'review' can do.

They eye itself is well done for the most part. It's anatomically spot on, you captured the watery look that eyes have and the eyelashes look natural. You also did well in picking just the right shade of white so that it's bright without looking unnatural. The coloring of the iris is beautiful with all of the blues, greens and reflections of white that you mixed in.

Though, there are two problems with the eye that I see. The first is that the transition between the green of the iris and the white seems harsh and abrupt, especially because of how watery everything else is. The second problem is that the position of the pupil is out of perspective. It should be further left and probably lower too.

The big problem that I have is that--like the title of this review says--the drawing seems empty. There's too much flat, blurred space, especially since the eye is relatively simple, save for the pupil. Perhaps you could fix this by adding in some more details to the blurs, adding in some sort of object in the background, putting in more color variety, letting up on the blur or some combination of the four.