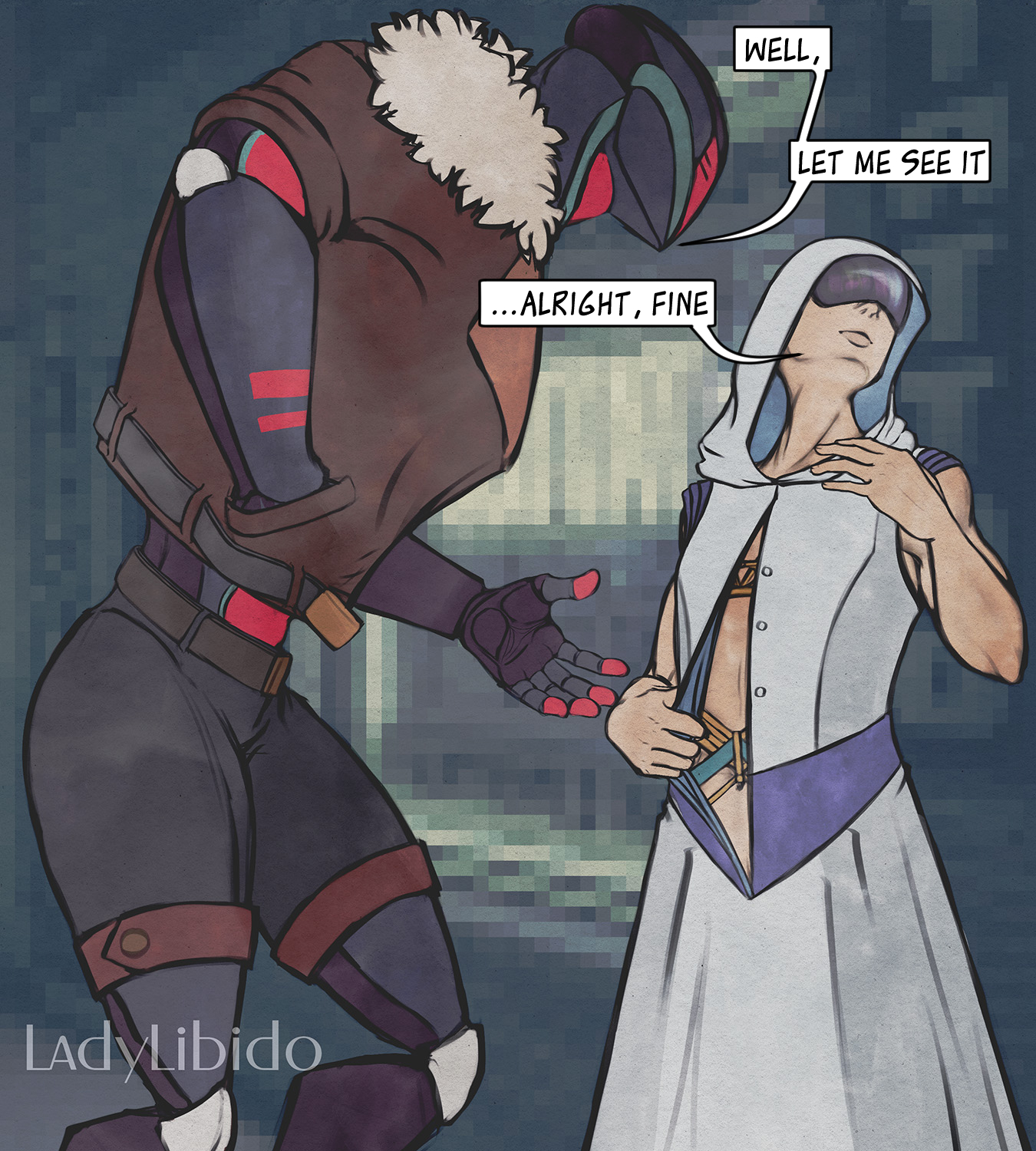 Some months ago I got a smut meme prompt request for Ketna and Secret Lingerie and now I'm finally getting around to doing it.

Since Ketna herself wouldn't get or wear lingerie of her own volition, R'Vindr would naturally be the source of said Lingerie and he'd absolutely want to be certain she was wearing it. Even though this was just supposed to be a peek at the lingerie I wanted to know what she was actually wearing so I ended up drawing the whole thing so now you get both the actual prompt version and Lingerie version because I felt like it.