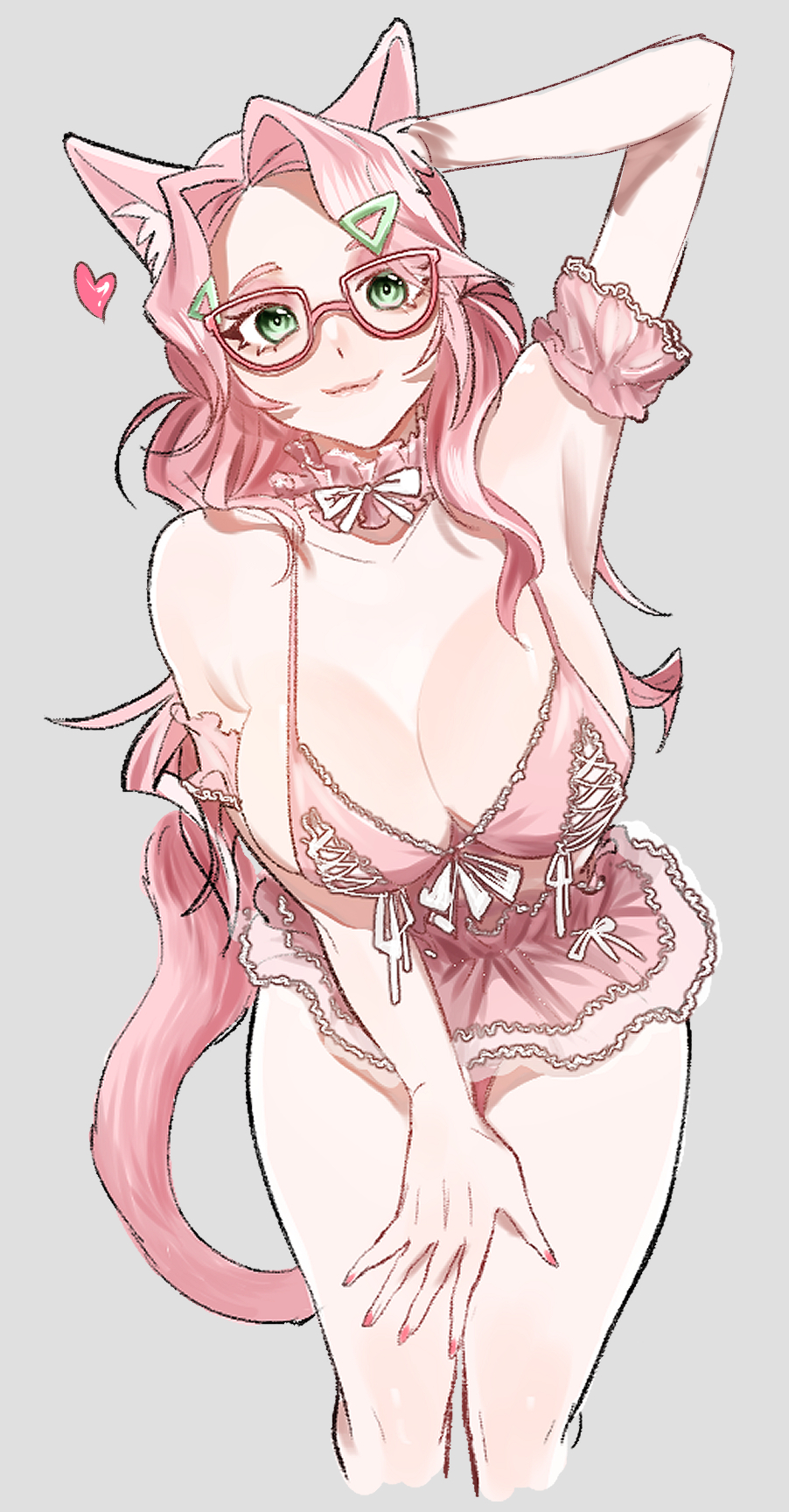 Wow Kyuri you're constantly upgrading your skills! That lingerie is fantastic and her face is sooo cute! Good job girl! :3

damn this bitch has more cleavage than an obvious geology pun

Very good work on the face. It's got a very charming cheerful/confident expression that isn't usually accompanied in sexually-oriented works, and it's a really nice look. Excellent work on the lingerie. The bows and frills and weaving have a good depth to them and feel very authentic. Top notch work. The overall look doesn't feel particularly anime, but your character's hair, particularly the tips have that kind of aesthetic, but it's impressive how it feels natural in the piece. The anatomical lines are realistic, but still flattering. The bunching in her armpit looks great, and the muscle shape on her other arm strikes me as accurate.Ears are cute, glasses are a nice touch, and so are those shoulder frills.

Two points I'm not sure on. I can't quite map out the angle of gravity on her breasts and how they're sitting in her lingerie. Her right cup doesn't seem to hold her the same as her left does. There's some accounting for her left arm being raised, hiking up the angle so the breast doesn't press into the cup as much, and perhaps her right is slipping out some, but it genuinely feels like there's less fabric on her right cup than left. The other point is her hand. Maybe it just needs a touchup of shading but it can sometimes seem like her fingers are contorted at a different angle than the main body of her hand. Kind of an optical illusion. Sometimes the fingernails look they're resting to the left, and sometimes to the right. Also, the thumb starts a bit bulky and sharpens very quickly. I know hands are notoriously difficult and by no means have you done a bad job, but I do see it so I thought I'd refer.

Anyways, I know it's a bit silly critiquing semi-erotic content this intensely, but I figure genuine feedback on the presentation of skill is probably better (at least more helpful) than, "Heh. You drew a hot chick with big boobs" or "I'd like to spend some time with that", or somesuch.

Now, that all being said, pretty dang hot. Nice!