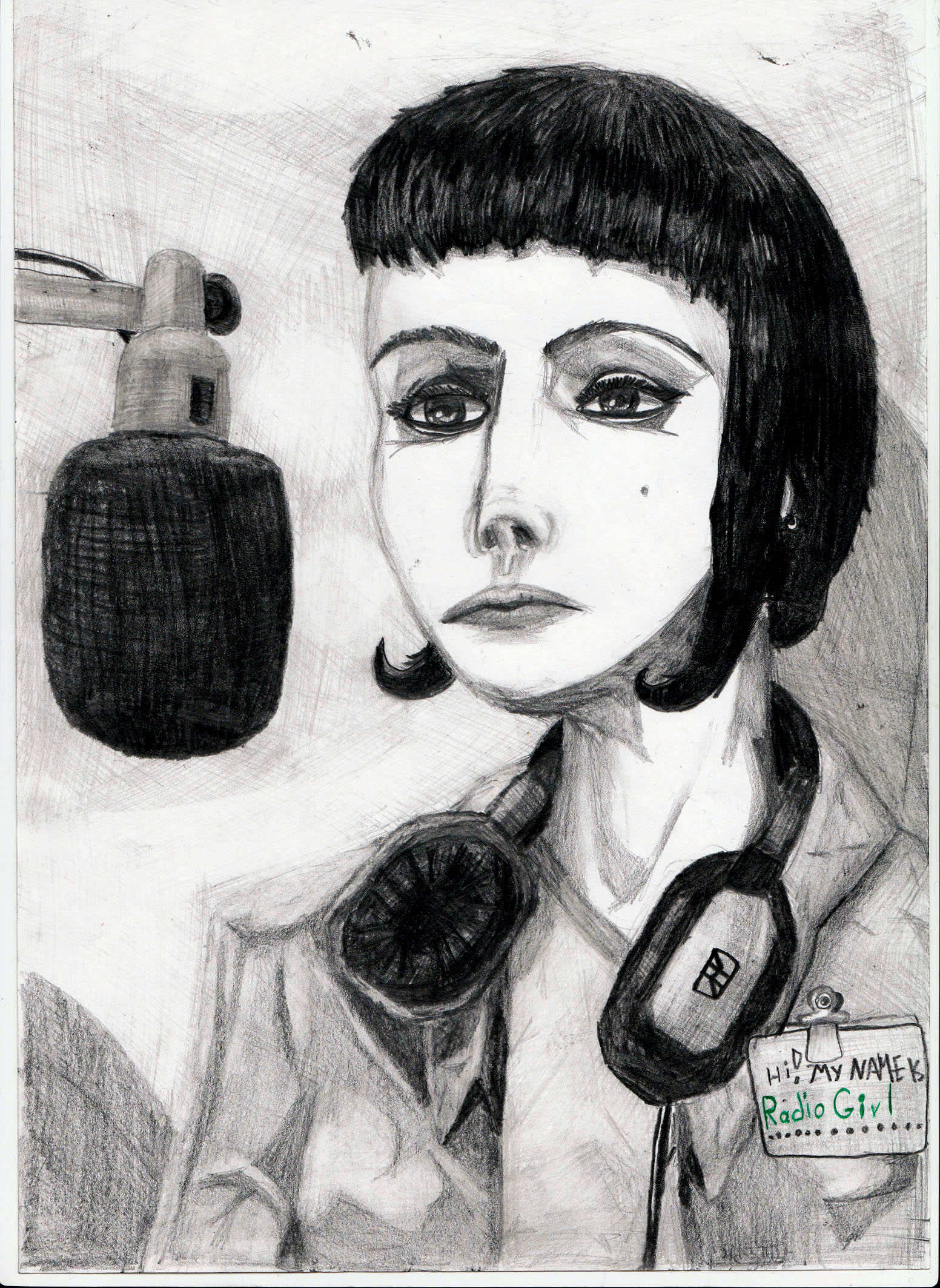 Back in '06 I was killing my time and getting paid for it, in a local radio station owned by some W.S. Mosh. It was Tuesday I remember (or Friday; I am not sure) and the station had gathered some local girls that won at a singing/music contest. The grand prize was to perform live on air on the W.S. Mosh station. So the girls had gathered in the waiting room and I had the gruesome task to hand them name tags to fill with their full name, for some stupid reason that made sense only in Moshes head. Anyway, there was a young girl (couple years older than me) that looked seriously troubled with her name tag. I approached her and ask her "What the hell is wrong with you? Just fill in your name, you 're on air in fifteen minutes and Mosh doesn't let anyone without a name tag get in the studio and come out alive. Why do you think I wear this stupid thing?" She looked at my name tag and spelled "McLovin". Then she wrote down something in her tag and put it on. "Radio Girl? Oh, no, no, no, you have to write your real name!". "But you don't have your real name on.", she replied with a heavenly voice that left me stunned and mumbling "...Well I, ah... This is my... real... name... anyway, I work here and... I am allowed a... joke?". Why do I always get like this around pretty women with divine voices? "Well mister McLovin, I think I'll keep this name for now, is this ok with you?" "Fuck it, alright, you can keep your stupid uninspired nickname...". It is the truth, those years I was a complete and total dick and nobody loved me; and I was more than fine with that. Girl after girl, they went into the studio, sang their mediocre one-and-a-half minute song and then faded again into obscurity. And then it was her turn. I tried to mentally prepare myself against the charms of her voice, but I failed miserably. Nothing could have prepared me and shielded me from what came next. The band could hardly keep playing their instruments, I lost every interest in the console, everyone and everything stared at her, listened to her. It was magic. Her song lasted for 5 minutes, 45 seconds and 134 ms and it seemed like an eternity, a beautiful eternity. When she finished she picked her coat and headed for the exit. I dashed to her. "Wow, that was more than good; it was very good!", I said, "Thank you! I hope the listeners liked it as well. ". "I am sure they appreciated it! Um, anyway, would you like to, ah, go for a drink or something?". She smiled. SHE SMILED AT ME. And said: "Well i need to be somewhere now,but I'd like a coffee tomorrow.". Stunned again. "Ok then, I'll see you tomorrow."; and then she disappeared in a blinding light. Never saw her or heard her again. The very same night, while I was sleeping on the job, a jerk kept calling and asking the name of the girl with the sweet voice that sang earlier that evening. I kept telling him that I didn't know her name 'cause she used a stage name, but the bastard was persistent and kept calling all of the fuckin' night, depriving me from my well-deserved lazy hours. Bastard. Anyway, I remembered that girl now and made a sketch of her while I was killing time at my new job at the porn theater while one of the Ron Jeremy flicks were on the big screen. I love my new job.

P.s. http://www.youtube.com/wa tch?v=VfWXo9gKYJ0
P.s.2 After i drew this picture, I masturbated and came several times.
P.s.3 I am not a dick anymore, just a jerk
P.s.4 And a lovable bastard